Chips … is a movie

Writer/director/star Dax Shepard tries to go all Jump Street on the 70s cop show, and winds up not doing much of anything 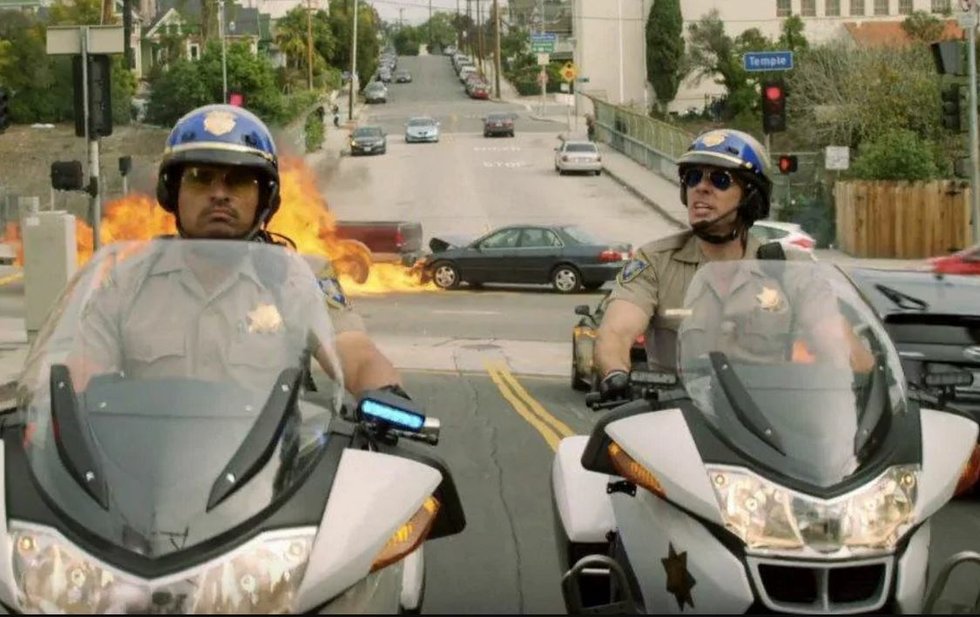 Michael Pena and Dax Shepard don't give a chip. Neither will you.

Remember the 21 Jump Street movie? That was a blast. The sequel was pretty great too.

Chips wants to be a self-aware action comedy too, but Chips is not that. It’s not much of anything at all, to be honest.

Making his solo directorial debut after co-helming the forgettable chase comedy Hit & Run a few years back, writer/star Shepard is clearly out to repeat the Jump Street magic with a barely-remembered 70s television property about the California Highway Patrol. In interviews, he’s been saying that he wanted to make a motorcycle movie and this was the only way anyone would let him do it I guess there’s a lesson in there somewhere, but I have no idea what it is.

With Chips, Shepard casts himself and Michael Peña as goofier versions of series heroes Jon and Ponch, who were blandly dedicated L.A. motorcycle cops. Now Jon is a pill-popping lost soul who’s joined the force after aging out of a career as a daredevil motocross star, and Ponch is just the cover identity of an undercover FBI agent sent in from Miami to crack a ring of dirty cops who’ve been robbing armoured cars.

There’s potential here, at least as far as motivation and narrative, but the movie can’t realize it. He’s an enthusiastic filmmaker and a generous scene partner, but Shepard lacks the go-for-broke genius of Jump Street reinvigorators Phil Lord and Chris Miller: he never gets the alchemy right, which keeps his movie from delivering the goods. Chips never finds its footing as an action movie, and because we can’t invest in the characters it doesn’t work as a comedy, either.

There are moments when you can sort of see what everyone was going for – a mid-movie scene in which Peña tries and fails to intimidate big bad Vincent D’Onofrio, a one-sided flirtation between Shepard and Rosa Salazar, who plays a fellow officer, a running gag about fire extinguishers that peaks too soon – but they’re just flashes.

Whatever movie Shepard set out to make, I doubt this is it. It can’t be.