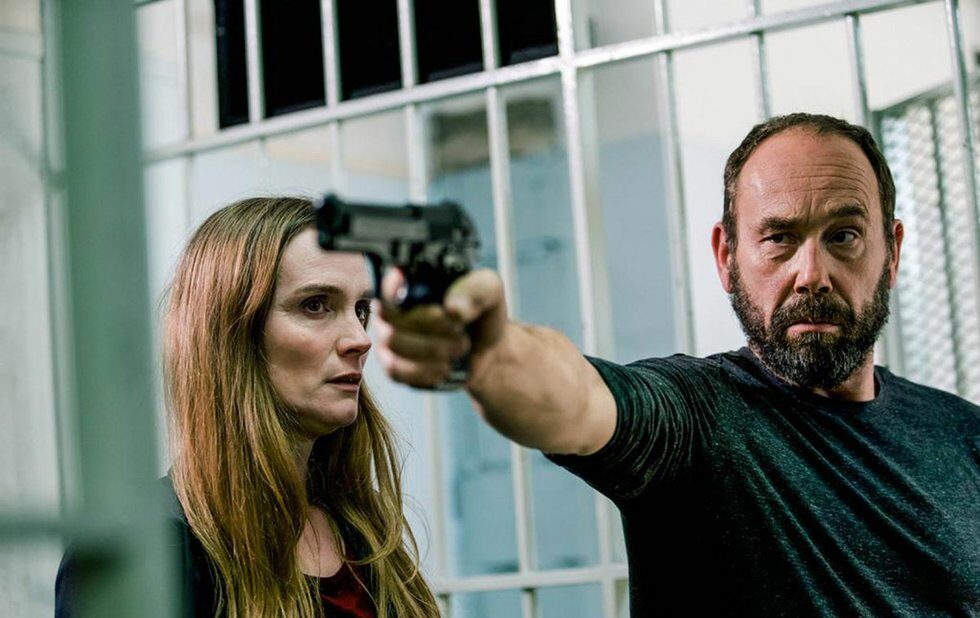 Above The Law revels in chases

Above The Law is a cops-and-robbers movie for people who dont like dialogue. It flies from one high-calibre action sequence to the next, packing what feels like an entire season of television into a swift 86 minutes. Olivier Gourmet is Frank Valken, a veteran criminal who pulls off elaborate heists without ever harming a soul Bouli Lanners and Lubna Azabal are the cops sent after him when Valkens latest job leads to a massacre of civilians. You know how it goes.

From first to last, Above The Law revels in chases and robberies and explosions and more chases, the generic bang-bang given an intriguing level of lived-in detail thanks to co-director and co-writer Francois Troukens, who spent some time in prison for the sort of activities in which his antihero so nobly engages.

Co-director Hensgens, who also served as director of photography, gives the action a slick gloss meant to evoke Michael Manns Heat, which remains the high water mark for this sort of thing.