Review: Newfoundland-set Crown And Anchor plays out with power and purpose 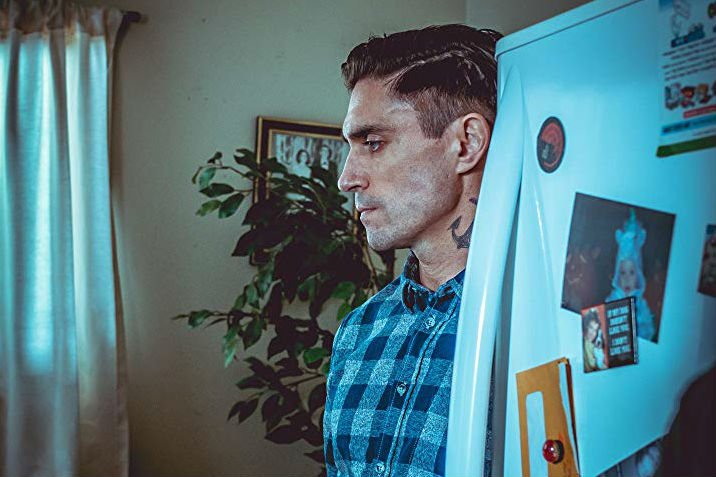 Crown And Anchor, the first feature from Newfoundland writer/director Andrew Rowe, tells a familiar story: there’s this cop and this criminal, and they’re on a collision course with one another. The longer I spent with it, the more I felt the familiarity was the point. The only people who can’t see the story’s grim trajectory are the two people inside of it.

That’s because Crown And Anchor is a drama about family ties so knotted, it would require an axe to make sense of them, taking that archetypal thriller plot and adding a generation or two of seething familial resentment. The cop and the criminal are cousins, and between them they carry enough baggage to fill a train car.

Jimmy (Michael Rowe, the filmmaker’s brother) is a Toronto cop with serious anger issues called home to St. John’s when his mother dies Danny (Matt Wells) is a small-time coke dealer (and user) with a different but no less destructive set of issues he’s also married to Jess (Natalie Brown), whom Jimmy used to date when they were all much younger.

Things are tense. The two men avoid each other, preferring to dump their problems on Jess, who’s got very little patience for either of them. Meanwhile, the cops-and-criminals stuff is building in the background. Searching for somewhere to direct his rage, Jimmy’s unofficially looking into the Irish mobsters to whom Danny is deeply indebted.

Bad stuff has already happened, and worse is waiting… and while you can pretty much tell where Crown And Anchor is going from the first scenes, it plays out with power and purpose. All three principals are solid, and Andy Jones, Robert Joy and Stephen McHattie turn up in small but well-realized roles, filling out the movie’s world and contributing the sense of an older generation that keeps inflicting its own issues on the younger one.

The whole thing’s a bit longer than it needs to be, but I can’t fault Rowe – who developed the script with his brother Michael and Wells – for not being willing to let anything go. That’s what his movie’s about, after all.