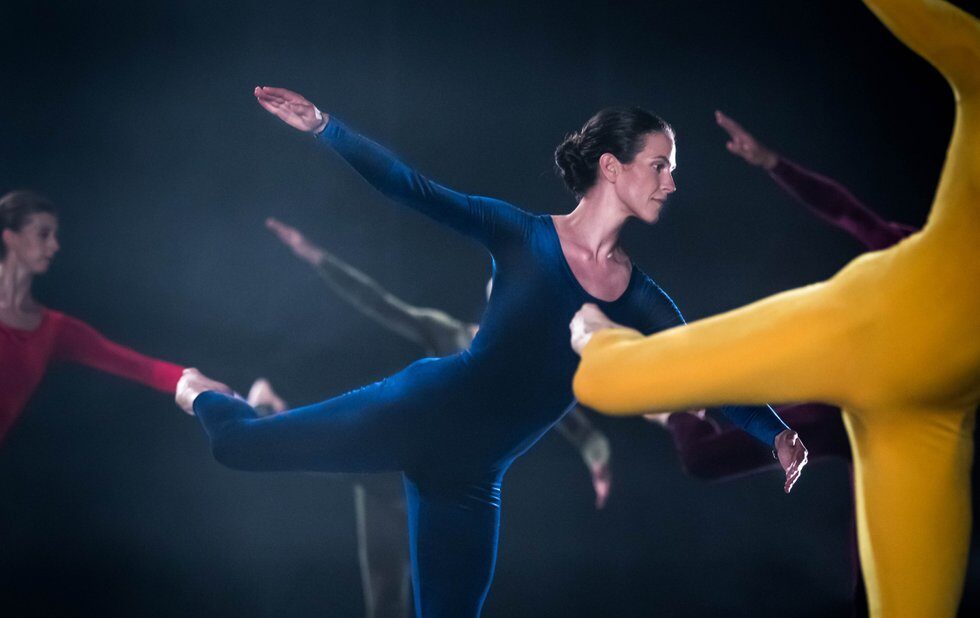 Capturing dance on film is a bit like trying to trap lightning in a bottle. In the end it doesn’t often work as cinema. In Cunningham, director Alla Kovgan blends staged dances from American choreographer Merce Cunningham’s huge repertoire with biographical detail to create a brand-new kind of art, a 3D palimpsest of poetry in motion. It’s not always perfect, but at times, craft brings it close.

Kovgan’s treatment of Cunningham’s life and work between 1944 and 1972 is both a tribute and a meditation on creativity. He’s one of the modern era’s most influential figures in dance and built his career during a period when the avant-garde in visual arts and performance was blossoming in the U.S. His life and work partner was composer John Cage, his collaborators included friend and painter Robert Rauschenberg (who’s quoted in the film saying, “We have only two things in common: our ideas and our poverty”), and later Jasper Johns and Andy Warhol.

As demonstrated by Wim Wenders in 2011’s groundbreaking Pina, dance and 3D have something to say to each other, together making visible the spatial elements of dance in a way that hasn’t previously been possible on screen.

Kovgan, cinematographer Mko Malkhasyan and director of stereography Joséphine Derobe’s 3D for Cunningham is less startling but more nuanced than Wenders’, and they’ve chosen locations and dances carefully for showcasing the technique: a sylvan pond and glass-walled studio for Suite For Two (1960) a series of elegant salons for Antic Meet (1958) Rauschenberg’s original immersive pointillist set for Summerspace (1958) and many more, 14 in all.

Kovgan and team handle the archival footage with equal confidence, embedding images shot with different formats and aspect ratios into dynamic split-screen frameworks that might also include text or small animations. Occasionally, they juxtapose new staging with original black-and-white documentations. Cunningham was curious about developing technologies and worked with filmmakers throughout his career, so the archive is rich.

Also present in the film is the voice of Cunningham himself, precise in his thoughts about dance (“dancing doesn’t refer… it is what it is…”), and commentaries by Cage, collaborators like Rauschenberg and original company dancers Carolyn Brown, Viola Farber and Gus Solomons Jr., among others.

One of the most moving aspects of this film is its treatment of Cunningham as a dancer working among dancers. And Kovgan doesn’t shy away from some of the uncomfortable aspects of making art with a group, gently observing undercurrents of frustration (at one point Cunningham admits to feeling more like a trapped bystander than a dance company founder), prickliness, ego and perfectionism.

The film premiered at TIFF last year during the 100th-anniversary celebrations of Cunningham’s birth (he died in 2009 at the age of 90, still working). The company Cunningham founded shut down in 2011 after an international tour, a planned finale to a stunning legacy.

That some of the genius lives on this thoughtful and rigorously constructed documentary is cause for continuing the celebration.