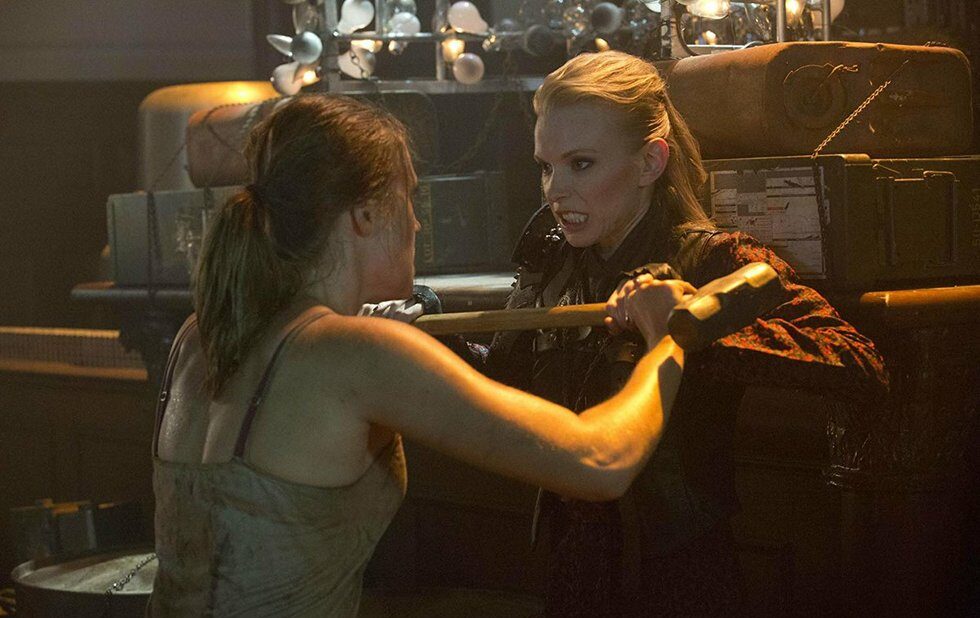 Darken is a movie with more ambition than its resources can support. Its a big tale of an alternate dimension with a dense mythology existing just alongside our own, not unlike Neil Gaimans Neverwhere.

It needs a large canvas to properly stretch out or at least a really inventive approach to the story and because neither of those things is present, all we can see are the shortcomings.

Picking up where the web series Before The Dark left off, Darken is a quasi-mystical thriller that follows Eve (Bea Santos), an unassuming nurse thrust into a hostile netherworld after an encounter with a wounded warrior.

Within a massive industrial labyrinth, religious zealots have splintered into factions as they wait for their absent benefactor, Mother Darken, to return and free them from the prison in which theyve languished for generations.

Its a tall order for a low budget, and RJ Lackies script is packed with a history director Audrey Cummings (Berkshire County) cant afford to realize: Darken was clearly made on a shoestring, and its pervasive aesthetic of under-lit murk works against both the cast and the intricately distressed production design, which does its best to make a handful of sets look like different spaces.

Everyone tries their best. Santos is fine as the unlikely liberator, while Hyena Roads Christine Horne and Orphan Blacks Ari Millen go very big as the worst of Mother Darkens acolytes. But theyre all required to spend most of their time talking about massive events looming just off-camera while moving from one grotty space to another, and that gets pretty annoying pretty fast.