Review: Deadwood movie is truly great, offering a finale for the ages 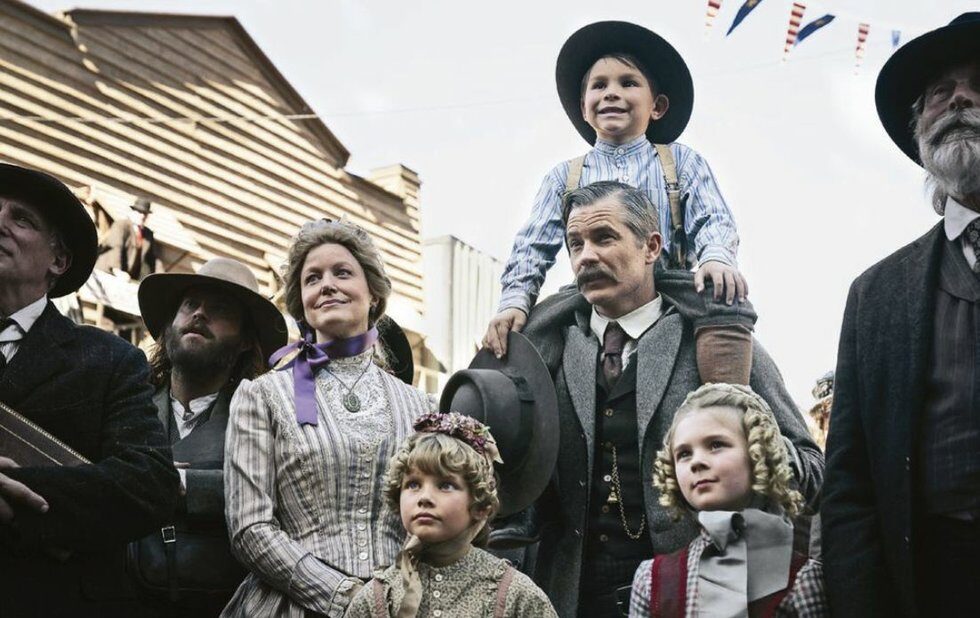 David Milch’s remarkable HBO series Deadwood ran for three seasons in the mid-00s, spinning out 36 episodes of dense, often devastating television. Set in the late 1870s, with each episode taking place over the course of a single day, the show built a portrait of a stateless mining camp slowly becoming a community – and a civilization – in the aftermath of the American Civil War.

Packed with vividly realized characters and complex plots that could be interpreted allegorically if one had a mind to do so, it was the frontier version of The Wire, another great HBO series running around the same time – and when it was cancelled, fans were left without the closure they badly needed.

Nearly 13 years since Milch’s series went away, the writer/producer returns – along with one of the show’s regular directors, Daniel Minahan – to tie it all up, and give us and the citizens of Deadwood a proper ending.

Deadwood, the movie, is set a decade later, in 1889, as events conspire to reunite Deadwood’s past and present inhabitants on the day South Dakota becomes a state – and once again forcing hot-tempered lawman Seth Bullock (Timothy Olyphant), wily saloon owner Al Swearengen (Ian McShane) and wealthy widow Alma Ellsworth (Molly Parker) to face down the murderous capitalist George Hearst (Gerald McRaney), now a California senator but just as much of a malevolent shitbag as he was when he was the final season’s Big Bad.

As always, it’s a pleasure just to watch these actors – along with co-stars John Hawkes, Paula Malcomson, William Sanderson, Franklin Ajaye, Dayton Callie, Robin Weigert, Brad Dourif, Kim Dickens and a dozen more – perform Milch’s mellifluous, profane dialogue, and to see how things have and haven’t progressed in Deadwood since last we visited. (There’s a telephone, but people are apprehensive of it.)

Mostly, though, the movie is about the passage of time, and how these characters have weathered it, and what they’ve been living with. And on that level Deadwood does not disappoint indeed, it’s as crafty and insightful as ever.

For all the reunion projects we’ve seen in this decade, very few have been willing to confront the reality that time is merciless Milch devotes his entire movie to it. Having recently revealed an Alzheimer’s diagnosis, creeping infirmity is clearly much on the writer/producer’s mind.

Most of the cast has been aged up beyond their natural selves, testifying to the harder lives of their characters Parker’s Alma still looks ethereally beautiful because she’s been living in more civilized conditions, but McShane’s Al is failing in both mind and body, as decades of hard liquor and moral compromise come home to roost. (In a pleasant turn, Dourif’s tubercular Doc seems to have got over whatever was ailing him when last we saw him.)

But it’s not all misery. Milch is keenly aware of the value of happiness, and shows us how the pairings that developed over the series – Hawkes’s Sol Star and Malcomson’s Trixie, Dickens’s Joanie Stubbs and Weigert’s Calamity Jane, Olyphant’s Bullock and Anna Gunn’s Martha – still hold, even when things are at their worst. These people are scraping out every moment of joy and comfort like the prospectors they once were.

I expected this would be good, but it’s truly great – a finale for the ages, with a closing note that moved me to tears. It’s a fine valedictory, for both the show and its creator. I’m thankful for the ending, but somehow it just makes me miss Deadwood all the more.