Kathryn Bigelow’s incendiary drama captures the chaos of that city in late July, 1967 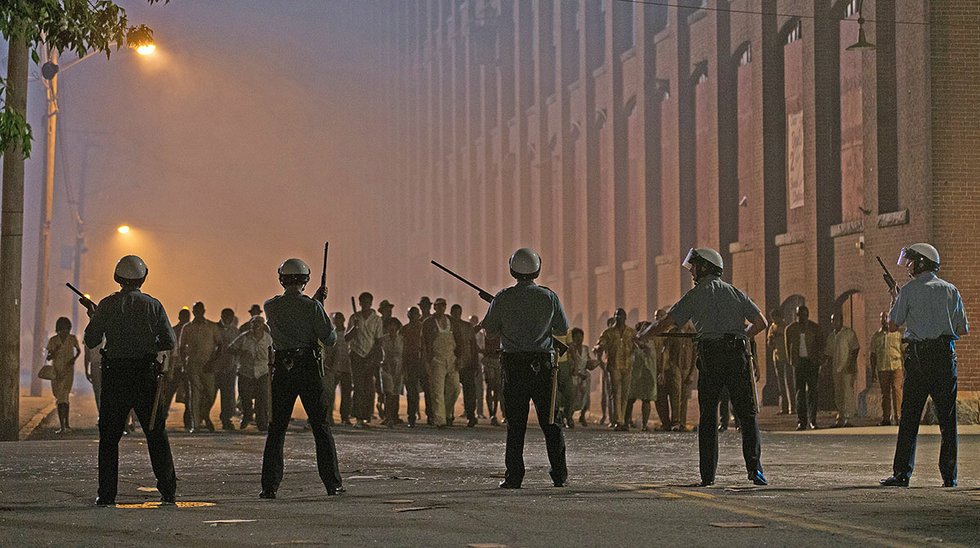 Kathryn Bigelow’s Detroit does its best to capture the chaos of that city in late July, 1967, when a racially charged raid on an unlicensed club triggered a week of rioting that culminated in a de facto hostage situation at the Algiers Motel.

In pursuit of an imaginary sniper, a handful of city police – accompanied by members of the National Guard – locked down a building for several hours to interrogate the residents. When it was over, three people were dead and half a dozen others beaten and brutalized.

The Algiers incident is the centrepiece of Detroit, and the hour or so in which it unfolds is some of the best filmmaking of Bigelow’s career. She and screenwriter Mark Boal use it as a lever into the ugliness of American bigotry and the damage it’s done to generations of people.

Over and over, we see civilians forced to realize that good manners, respect for procedure and even the colour of their skin aren’t going to protect them from a white cop determined to get his way, and it’s horrific.

John Boyega is terrific as private security guard Melvin Dismukes, doing his best to hide mounting panic behind a professional façade. But Will Poulter doesn’t seem to have a handle on the principal antagonist.

The structure means the film peaks with about half an hour left to go, but when Bigelow traps us inside the Algiers, Detroit packs more of a punch than any other film this year.