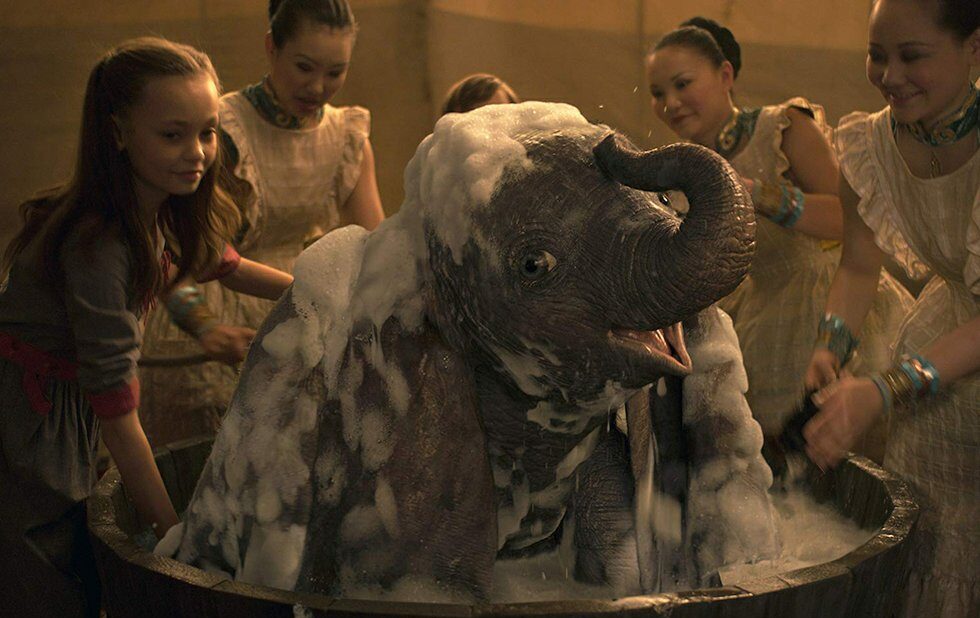 Tim Burton helped create the appetite for rebooting classic Disney animated movies into CGI-heavy live-action extravaganzas (there are three this year!). His Alice In Wonderland, a sequel that also feels like a quasi-remake, balanced reverence with Burtonesque weirdness, and went on to rake in a billion dollars.

We have that 2010 movie to thank for recent live-action versions of Cinderella, Jungle Book, Beauty And The Beast as well as the upcoming Aladdin, The Lion King and Mulan (there are probably more in the works).

Burton returns to this lucrative and usually unnecessary fare with Dumbo, another classic that, like Alice, today’s generation isn’t all that precious about. The original is charming but slight, leaving plenty of room to expand and improve not to mention the opportunity to erase those Jim Crow caricatures (literal crows!).

The story about a big-eared flying elephant also has intrinsic appeal for Burton with its carnival setting populated with outsider characters who would be at home in any of his other films.

At its best, Dumbo is an imaginative visual treat. Burton’s baroque style flourishes during the larger set pieces, such as a performance involving dancing and stomping elephant-shaped bubbles swapping in for the acid-trip hallucinations from the original.

But the movie can also be listless, with its starry cast finding too few moments to impart real feeling or heart.

The big-eared baby elephant is tended to by a veteran Holt Farrier (Colin Farrell), who lost an arm during the war, and his two children (Nico Parker and Finley Hobbins), all working in a circus managed by Danny DeVito’s Max Medici. Young actors Parker and Hobbins do the adorably-wise-beyond-their-years routine like they came off a Disney factory line that produces children full of empathy and wonder. We don’t feel their emotions, but instead recognize their emoting as boxes that need ticking in this fare.

Michael Keaton gives the film a welcome jolt near the halfway point, when the movie expands beyond the original’s plot. Dumbo has proven he can fly, and Keaton’s competing circus manager, V.A. Vandevere, swoops in to scoop him up from DeVito’s Medici, turning the movie into a fun reunion between the Batman Returns co-stars.

Burton seems to troll Walt Disney with Vandevere, a megalomaniac showman and merciless entrepreneur who builds a massive theme park around Dumbo, complete with its own Animal Kingdom and Tomorrowland.

The director can troll, but he doesn’t effectively subvert or satirize the corporate beast he ends up serving with Dumbo. At best, he lets out a little groan with the Vandevere plot and then continues to jump through the expected hoops.

My kids clapped. The movie will likely make close to a billion dollars. And Burton will likely follow-up with Disney’s The Hunchback Of Notre Dame.