Netflix adaptation of Julie Murphy's YA novel provides a refreshing look at body positivity, but would have worked better as a mini-series 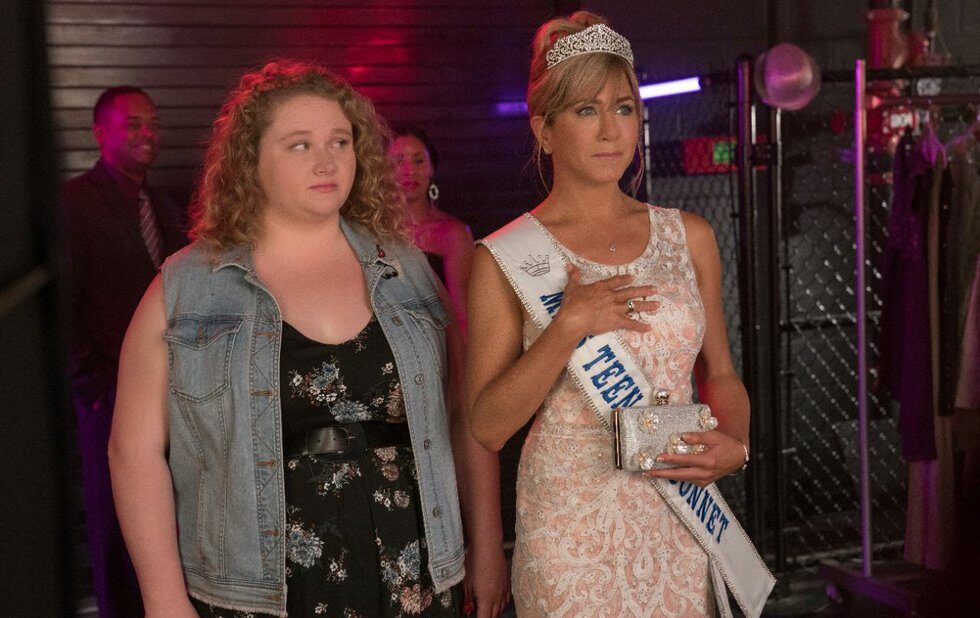 It hasn’t been a great year for portrayals of body positivity onscreen. There was the Netflix series, Insatiable, a self-proclaimed satire about an overweight teen that suddenly gets skinny and seeks revenge on her former bullies, and the rom-com, I Feel Pretty, where Amy Schumer plays an insecure woman who only finds self-confidence after a massive head injury leads her into thinking she’s attractive.

Compared to these blunders, Dumplin’ is a refreshing look at body positivity. It follows high schooler Willowdeen, aka “Dumplin” (Danielle Macdonald), the plus-sized daughter of former teen beauty queen Lucy (Jennifer Aniston), who feels like she never truly fits into her mom’s world. Willowdeen’s aunt, Rosie, mostly raises her anyway. She teaches her to love her body and more importantly, introduces her to the music of Dolly Parton. After Rosie dies, Willowdeen is devastated and decides to enter her Texan small town’s teen pageant, partly in her aunt’s honour, partly to subvert the idea that pageants are only for skinny girls.

Dumplin’ bills itself as a fun romp, but it never delivers. Despite getting a lot of screen time, Willowdeen’s cast of misfit friends are never developed beyond their own one-dimensional tropes – the black eye-lined rebel and the sweet fat girl – nor is her love interest, Bo, the cute cook from the diner where she waitresses.

And I didn’t think this was possible, but there’s actually too much Dolly in this movie. The soundtrack is almost exclusively Dolly songs, including a new version of Jolene. And Willowdeen’s relationship with her best friend seems solely based on their shared love for the country singer, which they repeatedly remind the viewer of by quoting Dolly lyrics and quizzing each other on obscure Dolly facts.

Adapted from Julie Murphy’s YA novel and directed by Anne Fletcher (27 Dresses and The Proposal), Dumplin’ would’ve worked better as a mini-series. Screenplay writer Kristin Hahn needed more time to develop her slew of characters and also answer basic plot questions, like how Rosie died. Or at the very least, she could’ve added more spectacle. (RuPaul’s Ginger Minj is criminally underused).

Aniston is charming as the overbearing beauty pageant director, even if she never quite pulls off the Southern accent, and Macdonald is funny and wonderfully encapsulates the misplaced angst of a high schooler.

Unlike so many other coming-of -age stories starring overweight girls, Willowdeen doesn’t try to lose weight to impress a boy or deflect bullies. She knows society is the problem, not her body. Unfortunately, the same goes for Dumplin’. Macdonald isn’t the problem, this movie is.