Bo Burnham’s feature debut as a director is a gentle, clear-eyed drama that contains an entire world 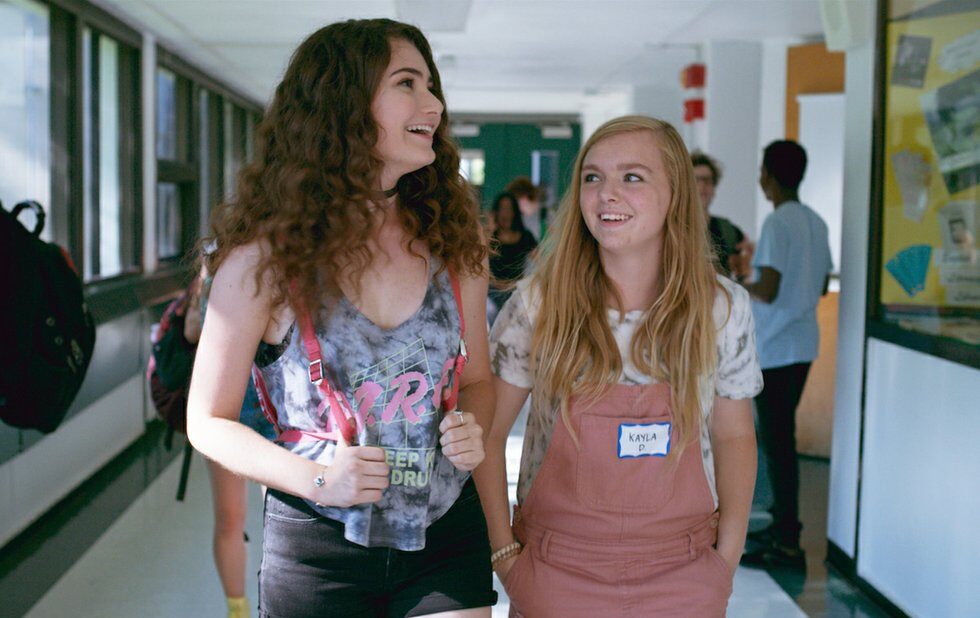 Bo Burnham’s Eighth Grade is a movie about how small moments can define your future, but only if you let them.

It’s an almost distressingly assured first feature from Burnham, who up until now has been best known as a comedian and YouTube personality he’s directed a few comedy specials, but I never would have guessed he had this in him.

Eighth Grade is a gentle, clear-eyed drama about a girl named Kayla (Elsie Fisher) in her last week of middle school, trying to figure out who she’s going to be in the face of peer pressure, her own insecurity and the performative demands of social media.

A lesser filmmaker might spin this premise into a cautionary tale of kids and the internet, and indeed several already have, but Burnham keeps the focus tight on Kayla, who copes with her misfit status by making videos espousing a confidence and style she doesn’t have she’s faking it, but she hasn’t yet figured out that everyone around her is faking it, too.

Eighth Grade drifts along with Kayla, embodied by the gifted Fisher – who’s been working for a decade, but feels like a discovery here – as she nudges awkwardly toward teenhood, setting boundaries with her well-meaning dad (Josh Hamilton, low-key great), making a new, slightly older friend (Transparent’s Emily Robinson) and figuring out how to talk to boys.

It’s a modest, intimate movie that contains a whole world – and one I could recognize and understand even though I grew up in an entirely different era from Burnham or Kayla. The experience of adolescence hasn’t fundamentally changed with the advent of the internet it’s just been made much more intense.

But of course when you’re a kid, everything is already intense. Eighth Grade gets that, and plays it back for those of us on the other side – and for those who might still be in the thick of it.