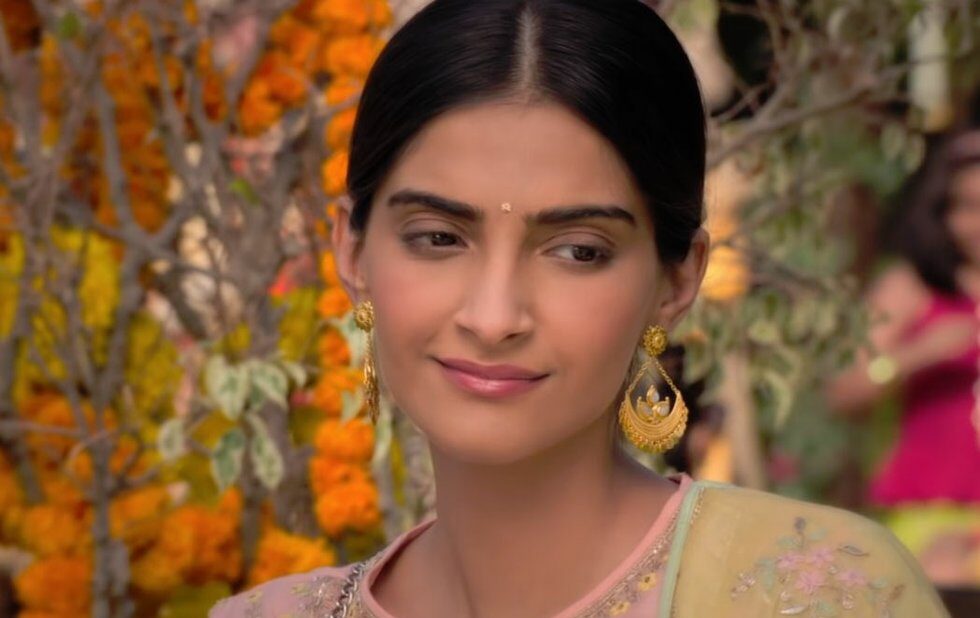 In its trailer, Ek Ladki Ko Dekha Toh Aisa Laga (ELKDTAL) promised a surprising love story, and on that count, it doesn’t disappoint.

This is Bollywood’s first lesbian romance since India decriminalized gay sex in a landmark court ruling last year. But that plot is not as central as the marketing suggests. What starts off as a hilarious, feel-good family movie left me examining parts of our culture – and not just homophobia – with which I am less comfortable. Bollywood is all about entertaining and enthralling with cheesiness, but maybe that discomfort is needed.

I can almost imagine Ahuja, Kapoor and Dhar sitting in a board room discussing how to normalize the idea of two women loving each other and have the most impact in India: The story is set in a small city in Punjab and features a fun-loving, upwardly mobile family. The father wants to be a chef but was prevented from living his dream by his overbearing mother. The older brother’s priority is to uphold the family’s reputation even if his actions come in the form of toxic masculinity. The domestic staff gossip and intervene in the story with their own agendas.

Balbir Chaudhary (Anil Kapoor) is the head of a typical upper-middle class family in the small Punjabi city of Moga. His daughter Sweety (his real-life daughter Sonam K Ahuja) returns home from college hiding a secret. As those around her start plotting her marriage, she is tormented and meek. She’s barely able to utter a word in self-defense as her brother Babloo (Abhishek Duhan) berates her when he learns her secret. Everyone knows what’s best for Sweety, but she doesn’t know what she wants until she meets Sahil (Rajkummar Rao), a friend and playwright who helps her find her voice.

It turns out Sweety realized as a teen that she was attracted to women. She felt abnormal and alone, pouring all of her thoughts into drawings and words in her diaries. She grew up praying to be “normal,” but succumbed to her desires when she met and fell in love with Kuhu (Regina Cassandra), a Delhi girl who lives in London and is far more accepting of herself.

Dhar handles Sweety’s internal narrative delicately and thoughtfully by framing the issue around a “regular” family ­– she could be anyone’s daughter, cousin, neighbour or friend. If the impact of Sweety’s internalized homophobia is the only message anyone takes from the movie, it will have succeeded. But homophobia isn’t the only issue at play in ELKDTAL.

In order to prevent Sweety from coming out, her brother tells the family she wants to marry a Muslim man, knowing the family will object. He uses Islamophobia, a form of discrimination which is more acceptable to vocalize, in order to cover his homophobia, which cannot even be named. By highlighting behaviours – sexist, homophobic, Islamophobic – that persist at every level in Indian society, ELKDTAL cleverly connects the dots between society’s ills, weaving a web of intersectionality.

It was a real joy to watch Anil Kapoor who is convincing as the loving and vivacious father Balbir. Ahuja’s lackluster acting was not a surprise, but I’m glad she was cast. She lacks acting skills, but as India’s cool girl next door she is adored enough to draw the masses to this necessary film. Sahil’s assistant, Chatro (Juhi Chawla) adds a hilarious element to the ensemble, as well as liberal commentary and a refreshing representation of a middle-aged, single and independent Indian woman.

But ultimately Sweety isn’t the heroine. Instead of centering her story, the movie uses a coming out narrative to force those around her to learn to accept her gayness. It turns out Bollywood’s first lesbian love story is just a backdrop for a larger story. And I’m okay with that.

I am Punjabi and queer, and though I have never lived in India I visit frequently and keep up to date with the country’s news. I am also out to my family members in India and throughout the diaspora, and my experience has been full of acceptance. I am aware that most Indians are not as fortunate as I, and so I hope those who watch ELKDTAL, while singing along and laughing, can reflect on themselves and society, and understand that there is no love without acceptance.