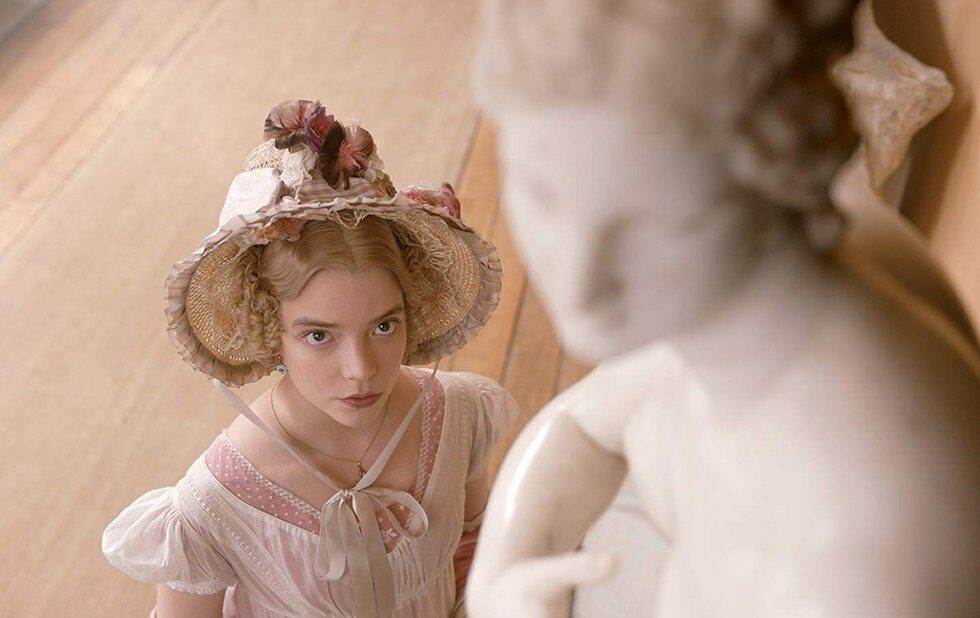 Handsomely produced, cleverly adapted and richly realized, Autumn de Wilde’s Emma. is an engaging enough adaptation of Austen’s much-filmed novel about a young woman of means who appoints herself the arbiter of all that is tasteful and good, the better to avoid confronting the shallowness of her own existence. And if it doesn’t add anything to the material besides a colourful visual palette and a willingness to let its actors have as much fun as they like with their characters – and if it perhaps softens some of Austen’s harshest judgments against her protagonist – I’m not sure its audience will object.

Certainly, anyone raised on the 90s adaptations – the movie starring Gwyneth Paltrow, the miniseries starring Kate Beckinsale and of course the definitive version starring Alicia Silverstone – will be happy with this one, which adds a dash of class-consciousness by acknowledging the presence and labour of the servants who keep the Woodhouses, Westons and their assorted peers in comfort. (One of the Woodhouse staff is played by Angus Imrie of Fleabag and The Kid Who Would Be King he has a knack for grabbing our attention in any shot in which he appears.)

And Anya Taylor-Joy, of The Witch and Thoroughbreds, is perfectly cast as Emma herself, her striking features and unerring comic timing employed to sell Emma’s blissful certitude and self-righteous hauteur. Taylor-Joy so rarely gets to be funny, and it’s a pleasure to watch her drive the story here with the confidence of a veteran.

Equally ideal, for a 2020 adaptation, are Bill Nighy as Emma’s fussbudget father Mia Goth as the waif Harriet Smith, whom our hero takes under her wing and Miranda Hart as the kind-hearted but awkward Miss Bates. Fans of Netflix’s Sex Education will also be delighted to see Lily and Adam turn up in key roles – Tanya Reynolds is quietly weird as Mrs. Elton, while Connor Swindells brings his slightly tortured gravitas to the role of Mr. Martin.

Slightly less successful is the casting of Johnny Flynn (Beast, Lovesick) as Mr. Knightley, the older friend who tries to help Emma see outside herself his signature brooding intensity makes him seem physically uncomfortable rather than emotionally conflicted, calling to mind Colin Firth’s earlier screen performances as Austen’s Mr. Darcy… and paling in comparison.

Still, de Wilde and screenwriter Eleanor Catton make some interesting new tweaks to the storytelling – a great deal of their Emma plays out with minimal dialogue, the actors conveying complex social negotiations in glances and reactions – and Kave Quinn’s production design offers a rural England that’s brighter and far less mucky than the world she created in Thomas Vinterberg’s 2015 adaptation of Far From The Madding Crowd.

If you just want to spend a couple of hours in Austen’s world, revisiting these characters – or if you’ve never met them before – this Emma is a perfectly pleasant way to do so. But if you’re looking for a little more of Austen’s bite – or even just her simple, sharp observations about manners, frailty, loyalty and the mysteries of the human heart… well, the book is right there on the shelf.