NOW MagazineMovies & TVReviewsTV review: The End Of The F***ing World should f***ing end

TV review: The End Of The F***ing World should f***ing end 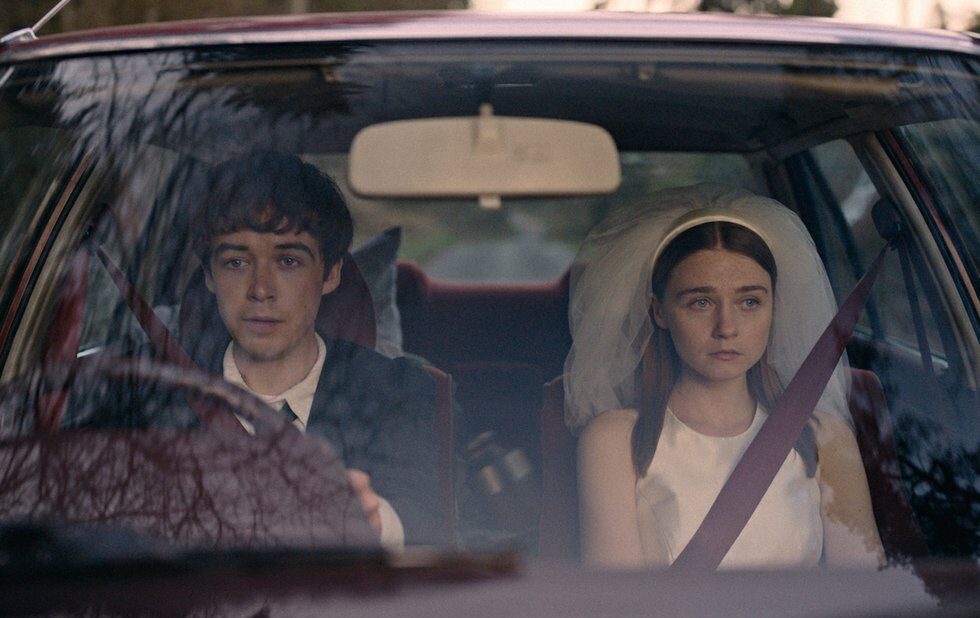 The first season of the Channel 4 series The End Of The F***ing World was almost perfect – a gleefully twisted UK comedy about teenagers on the run in Yorkshire that burst onto Netflix like a hand grenade in early 2018.

Its eight bite-sized episodes – adapted from Charles Forsman’s graphic novel – told the story of James (Alex Lawther) and Alyssa (Jessica Barden), two students who fancy themselves a psychopath and a rebel, respectively, and quickly discover the world is far more cruel than they imagine themselves to be.

Spoilers for series one: James initially planned to murder Alyssa to prove he was a proper monster, but ended up developing feelings for her and ultimately saved her from sexual assault by killing her would-be rapist. The final episode ended with what sure looked like James setting himself up for suicide by police, nobly sparing Alyssa any fallout from their misadventures. It was, as James himself said, a perfect ending.

Almost two years later, the show has returned – and it’s a shadow of its former self.

Spoilers for season two: it turns out the world did not f***ing end. Instead, writer/producer Charlie Covell has found a way to put James and Alyssa back together again for another cranky flight through the eccentric English countryside, this time in the company of another would-be murderer, Bonnie (Naomi Ackie, of Lady Macbeth and The Five), whose backstory and very specific motivations are laid out in the opening episode. And as hard as everyone is trying, none of it works.

Trying to recapture whatever alchemy made the first series such a grabber, Covell simply restages everything viewers loved about it. You liked the road trip? Here’s another one! You liked the weirdos who kept complicating James and Alyssa’s unlikely courtship? We found some more! You enjoyed the running bit where James kept trying to work himself into a blood rage? Here it is again, with someone new!

Covell shuffles some elements around to reorganize certain relationships and trajectories – this time James is the one crushed by melancholy and disappointment, while Alyssa is determined to feel nothing – but effectively this series is less a continuation than a stealth remake, and it just isn’t necessary.

Covell also retains Forsman’s device of letting us hear James and Alyssa’s self-doubting inner monologues, which worked beautifully in the first series but now lands with a thud: the pleasure of the original run was in watching James and Alyssa forge a profound connection, so it’s frustrating to watch the actors walk back that development in their scenes together.

You can really feel them straining to sell the recalculated versions of their characters: the infinitely expressive Barden limits herself to a dead-eyed monotone as Alyssa, while Lawther really struggles with James’s newly broadened range. They’re still great at trading insults or surprised reactions, but the deeper stuff, the stuff that should matter? It just lies there.

And that’s what’s really wrong with this run of The End Of The F***ing World: it’s all about negating the defining events of its characters’ lives, so it can give us more of the thing it thinks we liked.

If Covell had told a story about James and Alyssa coping with the aftermath of their rampage, and living with the consequences, that might have been something remarkable. And even if it wasn’t, it would still have been a proper continuation, rather than whatever reheated leftovers we ended up getting.

Better to pretend this second series never happened… which, as far as I know, might be Covell’s plan for the third one. Ugh.