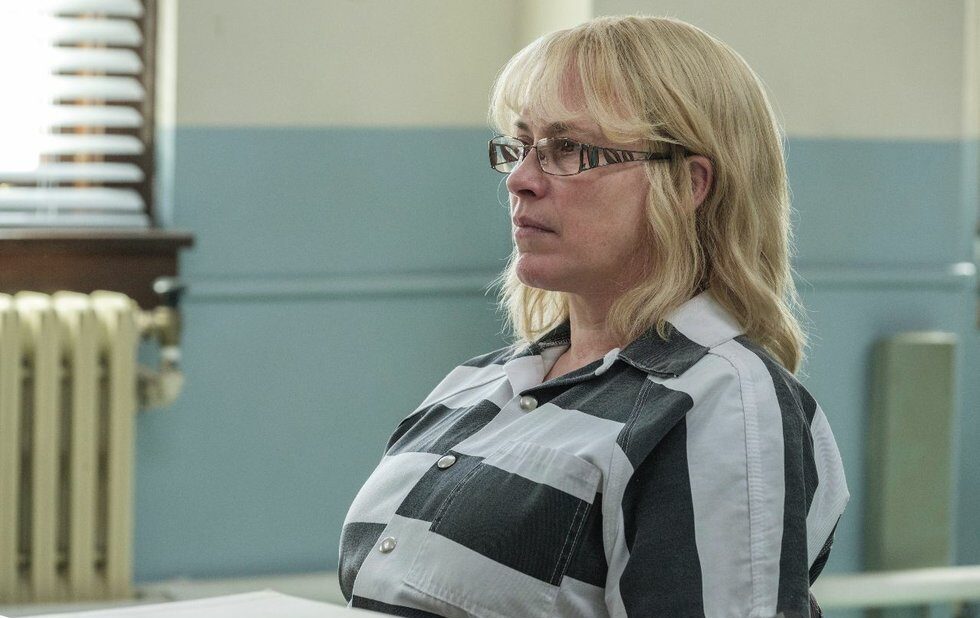 Patricia Arquette is almost unrecognizable as a woman starved for attention in Escape At Dannemora.

From Ben Stiller, the guy who brought you Tropic Thunder and Zoolander, comes a true crime prison drama about two escaped murderers.

There’s no punch line here, which is a good thing. Laughs are tucked away as Stiller tackles David Sweat and Richard Matt’s 2015 breakout from a maximum security prison and their subsequent evasion from a month-long manhunt.

Escape At Dannemora also signals the first time Stiller’s directing (all seven episodes) without casting himself in a role. The comic we’re familiar with is completely removed from the picture, though I’m not exactly sure what he brings to the table instead in this journeyman effort.

Rigorously researched from reports, transcripts and one-on-ones the filmmakers enjoyed with surviving subjects, the show goes into immersive details, mapping out the Clinton Correctional facility where Sweat and Matt were housed and accounting for all the variables that made their escape possible.

Del Toro’s Richard is the veteran at Clinton Correctional, commanding respect from other inmates while working favours with prison guards to get supplies for his art (he paints portraits) and then some.

Dano’s Sweat is hell-bent on earning points for good behaviour. When we meet him, he’s a supervisor in the garment workshop where inmates produce pants. Though it’s hard to tell whether his position above other inmates was earned from hard work or from some backroom badoinking with Arquette’s Joyce Mitchell, the prison employee who leads the garment shop.

Mitchell proves the most fascinating figure here, a woman starved for attention, though she regularly shrugs off her husband’s affections. She puts on a meek and vulnerable front while manipulating her position for sexual favours – first from Sweat and then Matt. She’s also a low-key racist, refusing to give basic training to a Black inmate because, she claims, she’s afraid of his murderous past. That’s a curious position to take considering Sweat and Matt are lifers for a reason.

If the show is more willing to apply its character autopsy on Mitchell’s behaviour, and the reasons behind her assistance with the escape, that’s because it also wants to avoid looking too closely at Sweat and Matt.

The series evokes awe at the pair’s sustained effort and patience as they hatch and execute an escape that takes months. And to do that, it manipulates storytelling to keep our opinions about these characters at bay for as long as possible.

That might be why, for all the painstaking details and fascinating observation, the show can also feel emotionally hollow.