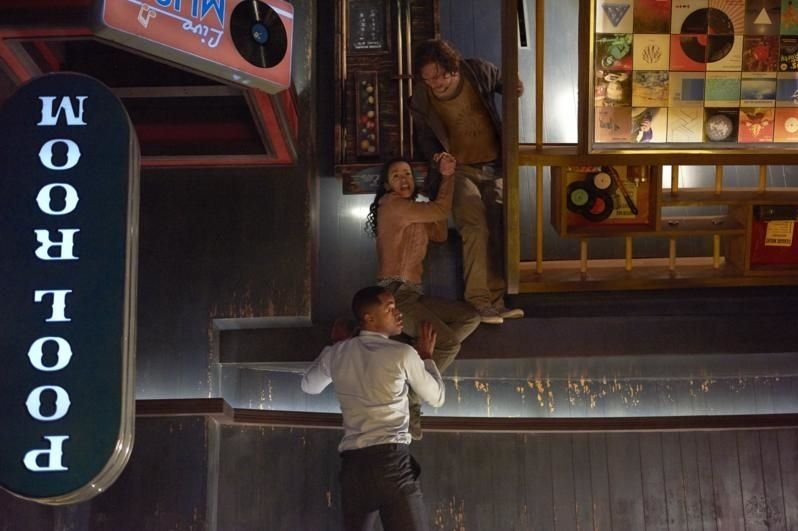 Escape Room is much better than it might have been.

Escape Room is “What if escape rooms but real?” and it’s such a simple conceit that it’s amazing we don’t already have four Black Mirror episodes about it. (Fun fact: Charlie Brooker made his bones with Dead Set, a reality-TV parody in which the Big Brother housemates remain oblivious to a zombie outbreak in England, and then wonder whether it’s all just a prank to get them to leave.)

Alternately, it’s a Saw movie without the pointless sadism and nihilism that drive that franchise. We may not get Tobin Bell whispering riddles, but neither do we worry that the actors need a tetanus shot. And after last year’s grindingly dull Insidious fourquel, it’s great to see director Adam Robitel display some energy and visual invention. Blazing heaters! Freezing winterscapes! Upside-down rooms! Creepy video monitors! These things aren’t interesting by themselves, trust me.

Anyway, the plot: in Chicago, six generic but appealing types – nervous quantum theorist (Taylor Russell), ice-cold money manager (Jay Ellis), scarred veteran (Deborah Ann Woll), chatty older guy (Tyler Labine), frazzled slacker (Logan Miller) and game-room superfan (Nik Dodani) – arrive at a nondescript office building for a chance to win $10,000 playing the greatest escape room yet devised… only to find that the challenges are not only real, but really lethal. (Another difference from the Saw movies: everyone here actively chooses to play the game, even if they didn’t understand the stakes.)

The script focuses more on elaborate problem-solving than on the characters, which means the actors have to work to flesh out their characters – a task at which Russell, Woll and Labine are especially well suited – and the PG-13 rating means nobody has to dig around in their eye socket for a key. (Thanks for that one, Saw II.)

It could stand to lose about 20 minutes and at least one ending, but for a January horror movie, Escape Room is surprisingly decent. Also, it has puzzles, and puzzles are cool.