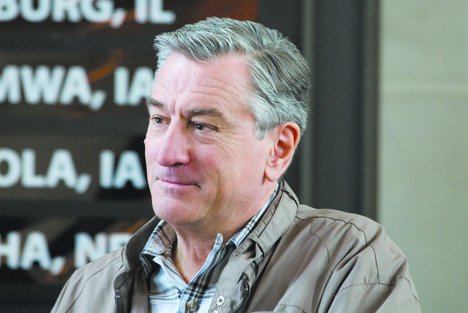 I’ve gotten used to watching Robert De Niro phone it in over the last decade, so the depth and consideration of his performance in Everybody’s Fine is a welcome surprise. I just wish the movie around him were worthy of it.[rssbreak]

As Frank travels overland from one city to the next – New York, Chicago, Denver, Las Vegas – De Niro creates a thoroughly believable portrait of a retiree who’s drifted out of sync with the world after the death of his wife. He moves as though everything in his life is coated in a fine layer of dust, and his scenes opposite Rockwell and Barrymore have real warmth. (Beckinsale, not so much.)

But Jones doesn’t trust the story’s drama to work on its own, so he oversells it throughout with flourishes of treacly sentiment – culminating in an embarrassing fantasy sequence where Frank makes peace with child-actor versions of his brood. Great as De Niro is, even he can’t make that work.