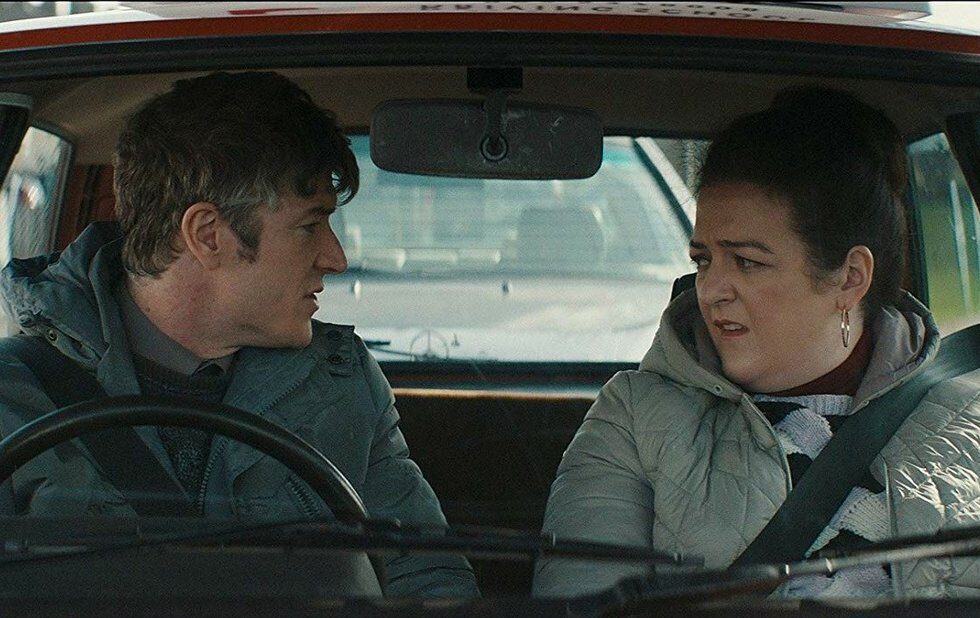 Rose Dooley is a nice woman in a small Irish village who works as a driving instructor. She’s quite good at it. She also sees dead people, but that’s something she’d rather not talk about.

Played by Maeve Higgins, Rose is the hero of Extra Ordinary, and she’s a lot of fun to watch. So is the movie, a pleasantly silly supernatural comedy in the vein of Ghostbusters and The Frighteners – though on a budget that wouldn’t cover hair and makeup on either of those massive studio ventures. It’s a wee little thing, a modest first feature from short filmmakers Mike Ahern and Enda Loughman, and while it’s not perfect it’s definitely the kind of thing that’s going to form its own cult in a couple of years.

Ahern and Loughman weave an eccentric story around Rose that’s aware of its own goofiness but enjoyably not insistent on pushing things too far the film just ambles alongside Rose, introducing other eccentric characters and putting everyone in each other’s paths so we can watch what happens.

Rose has issues. She’s a little withdrawn – which you might expect from an unwilling medium. Shunning her talents since her father’s untimely death, Rose has devoted herself to her job and her hugely pregnant sister Sailor (Terri Chandler). Everything is fine, until the time of the blood moon approaches, which motivates faded rock star Christian Winter (Will Forte) to restart his stalled music career by sacrificing a local virgin to a lord of Hell. And this brings single dad Martin (Barry Ward) into Rose’s life.

Ahern and Loughman set their dry, droll tone right away, establishing a pleasantly mundane world cluttered with old videotapes and assorted junk, where the spirits of the dead can inhabit green bins and cheese plates just as easily as people. The visual effects are also appealingly low-key, for the most part, with subtle digital tricks here and there to suggest the unnatural nudging its way into the frame.

And the actors are all mining their own specific vein of weirdness: Higgins is unflappable as the self-aware but otherwise blinkered Rose, who’s never seen a scary movie and has no idea what anyone is talking about when they bring up The Exorcist, while Ward is a bundle of fascinating tics as Martin, who’s more comfortable with the paranormal than you might expect.

Forte initially seems to be going way over the top as the one-hit warlock whose spell-casting drives the plot, but the performance grows on you, mostly because the movie keeps undercutting it. He’s also paired with Claudia O’Doherty (Love), whose pissy impatience as Winter’s gold-digging wife is a perpetual laugh generator.

The movie does suffer from wonky pacing, which takes the momentum out of the story when it should be charging to its relatively ambitious climax once we finally get there, everything feels awfully rushed. But when it’s in its sweet spot of idiosyncratic ghost whispering and haunted Danish Blue, Extra Ordinary is dead charming.