NOW MagazineMovies & TVReviewsReview: Falls Around Her features a fine lead performance but leaves too much unexplained

Review: Falls Around Her features a fine lead performance but leaves too much unexplained 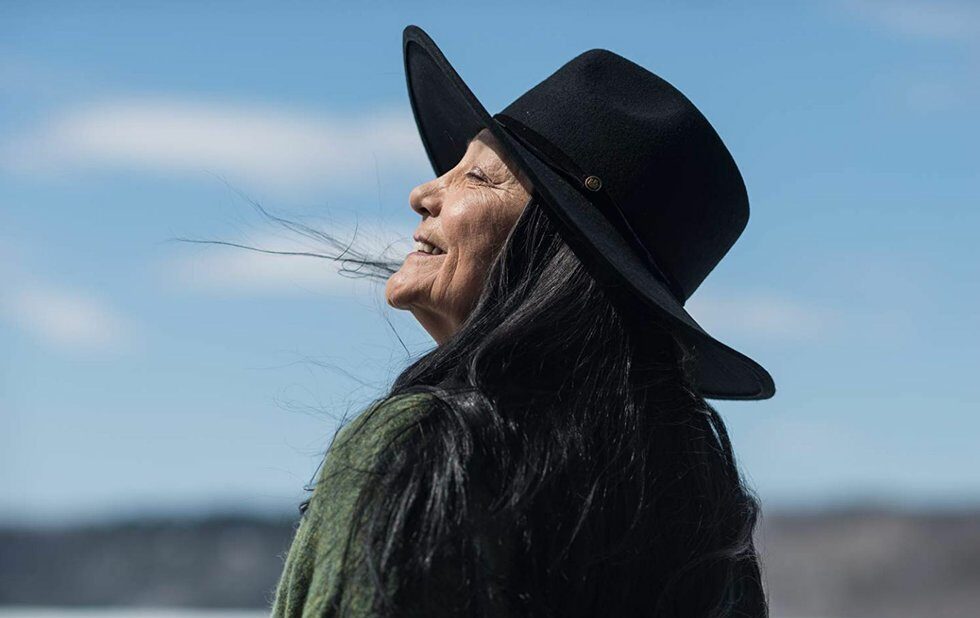 Falls Around Her is legendary Cree and Métis actor Tantoo Cardinal’s first lead role in a feature film – and she’s enthralling.

It’s hard to believe this is Cardinal’s first lead – her career spans 40 years in television and film, she’s a member of the Order of Canada and she has a lifetime achievement award from the Academy of Canadian Cinema & Television.

Cardinal (known for Dances With Wolves and the TV series North Of 60) plays Mary Birchbark, a famous Anishinaabe musician who returns to the Northern Ontario reserve where she grew up after years of touring and living in cities. Surrounded by her sister Betty (Tina Keeper) and old friends, Mary tries to adjust to a quieter life while wrestling with the one she left behind.

Written and directed by Darlene Naponse of the Atikameksheng Anishnawbek First Nation, the film touches on some contemporary Indigenous issues – the community protests against a mining company polluting the waterways, and there’s a joke about the government not honouring treaties – but at its core, Falls Around Her is about one woman’s resilience to regain her independence from a controlling manager and a life spent in the spotlight.

While the drama purposefully drops subtle clues about Mary’s past, too many details are left unexplained. By the end, you’re left wanting to know more about Mary’s history and her future, too. That speaks to Cardinal’s captivating performance, but also to the failure of the narrative. The characters orbiting Mary, including Betty, potential love interest Albert (Johnny Issaluk) and a former flame/touring mate, are also never fleshed out beyond their singular identities connected to Mary.

These shortcomings, however, are made up for in the breathtaking cinematography. It’s filmed on Bear Island, northeast of Sudbury, and we get a bird’s eye view of frozen lakes and long shots of Mary walking through snowy forests, all in hues of dark blues, deep browns and whites. These interwoven meditative moments show the beauty of northern Ontario, as well as why it’s so easy for Mary to become reclusive in her quiet hometown.

If only we were able to see Mary open up more onscreen.