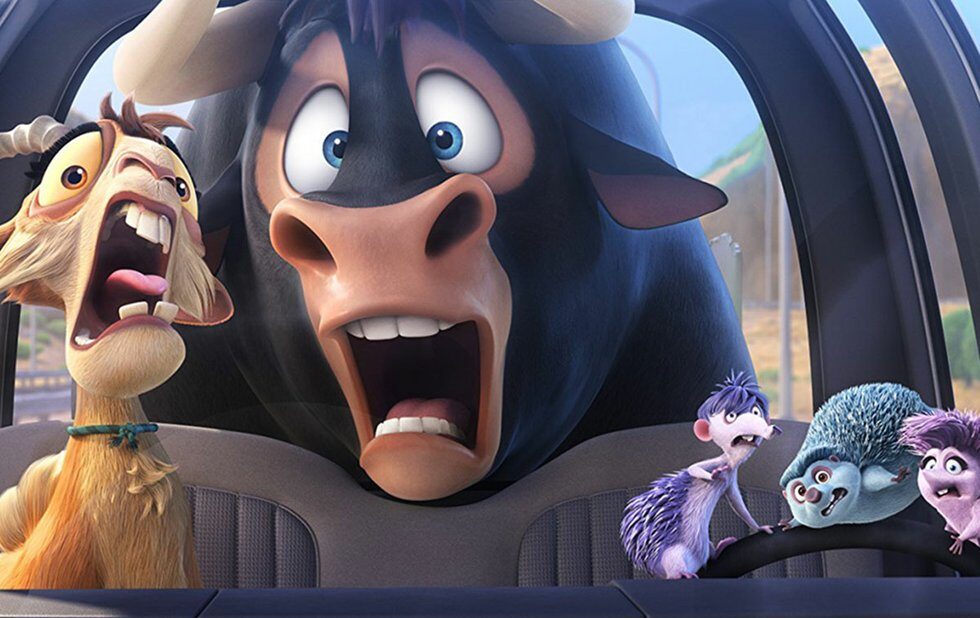 Munro Leaf’s picture book The Story Of Ferdinand gets stretched out into a big-screen adaptation that’s totally functional and occasionally charming. It’s cute enough to keep kids glued while parents will appreciate the tale’s heartfelt stance against violence.

In a ranch where bulls train to be slain by matadors or get packed for the slaughterhouse, Ferdinand stands out for refusing to fight. True to Leaf’s book, he’d much rather smell flowers. He’s also voiced by wrestling star John Cena, a casting decision that is either self-satisfyingly ironic or earnest in its messaging about judging a book by its cover.

Either way, Cena’s performance doesn’t make enough of an impression. His Ferdinand is generically nice, leaving it to supporting stock characters (enthusiastically voiced by Kate McKinnon, Anthony Anderson and Gina Rodriguez, among others) to add life and distraction.

The movie relies on amusements to pad its simple story to feature length. These include a dance off that is both incongruous but also giddily welcome. They don’t drag out Sir Mix-a-Lot this time, which is a relief.

Everything comes together nicely in the final act, pitting Ferdinand against his antagonists but refusing to compromise his principles. The movie finds just the right ways to make him heroic.

Ferdinand scored a Golden Globe nomination in the animated feature category, so an Oscar nod wouldn’t come as a surprise. But against favourites The Breadwinner and Coco, it wouldn’t stand a chance of winning.