STEP BROTHERS (Adam McKay). 102 minutes. Opens Friday (July 25). For venues and times, see Movies.For all of us who. 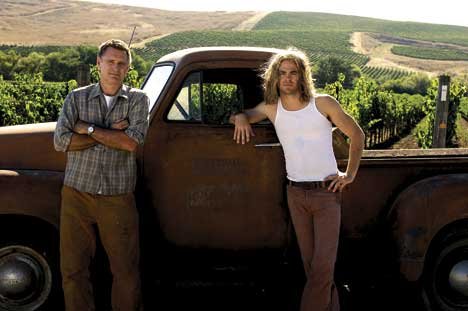 For all of us who were getting ready to write Will Ferrell off after Semi-Pro, here’s something to remind us that he can still freak out with the best of them.

Step Brothers reassembles the Talladega Nights team of Ferrell, John C. Reilly, producer Judd Apatow and director and co-writer Adam McKay, but the rewards are much sharper and more consistent this time around.

Ferrell and Reilly play a pair of arrested-development cases – still living with single parents Mary Steenburgen and Richard Jenkins, respectively – who find themselves jammed into a middle-aged blended family when their folks wed. Chaos ensues, before the inevitable bonding… after which, more chaos ensues, only now it’s coming from a happy place.

There’s barely an attempt to fit the concept into a narrative where Talladega Nights tried to squeeze Ferrell’s absurdist whimsy into a conventional sports movie, Step Brothers just stuffs him full of sugar and Cheez Whiz and lets him go to town, with Reilly once again playing his enthusiastic sideman.

The script, written by Ferrell and McKay from a story they concocted with Reilly, feels more like a series of dares than the blueprint for a movie. But damn if it doesn’t work from beginning to end, thanks to the stars’ near-psychotic commitment to their characters – and game supporting turns from Jenkins, Steenburgen and Adam Scott, who find surprising freedom of movement within the confines of their straight-man roles.