NOW MagazineMovies & TVReviewsReview: Fighting With My Family is a charming WWE promotional video

Review: Fighting With My Family is a charming WWE promotional video 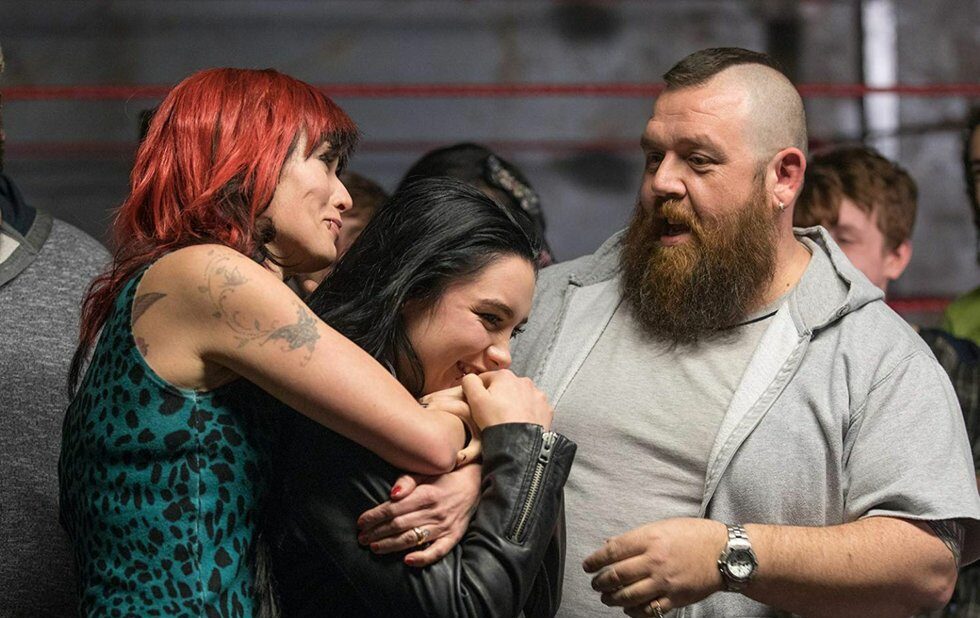 The first ever co-production between World Wrestling Entertainment and the United Kingdom’s Film4, Fighting With My Family is a fun fish-out-of-water biopic about a girl with a dream. It’s also a pretty shameless promotional video for the WWE.

It is to writer/director Stephen Merchant’s credit that the film – inspired by a documentary of the same name, about the WWE Divas Champion Paige and her feisty Norwich wrestling clan – tilts more towards the former than the latter.

The Office co-creator zooms into the self-doubt and familial obligations that drive young grappler Saraya “Paige” Knight (Florence Pugh) to go to Florida in the hopes of becoming the WWE’s next superstar – even though that means effectively abandoning her brother and ring partner Zak (Jack Lowden), who didn’t make the cut.

Worlds away from her eerie poise in Lady Macbeth, Pugh holds the screen confidently as the conflicted Saraya, who’s been wrestling since she was 13 but feels like an impostor the moment she arrives in America. Merchant and cinematographer Remi Adefarasin make excellent use of the actor’s tiny frame both in and out of her matches, helping us understand why Saraya would be constantly comparing herself to the overbuilt athletes around her. And Lowden offers a nice broad-strokes study in Zak’s resentment at being left behind.

Nick Frost and Lena Headey have a great time dressing down as their over-invested parents, Vince Vaughn does his thing as a crusty trainer with a heart of gold, and Dwayne Johnson shows up as himself – twice! – to impart valuable life lessons without ever quite tipping into fairy-godmother territory.

It’s a pleasant enough comedy, even if the outcome is never in doubt. The WWE doesn’t make movies about candidates who wash out, after all.