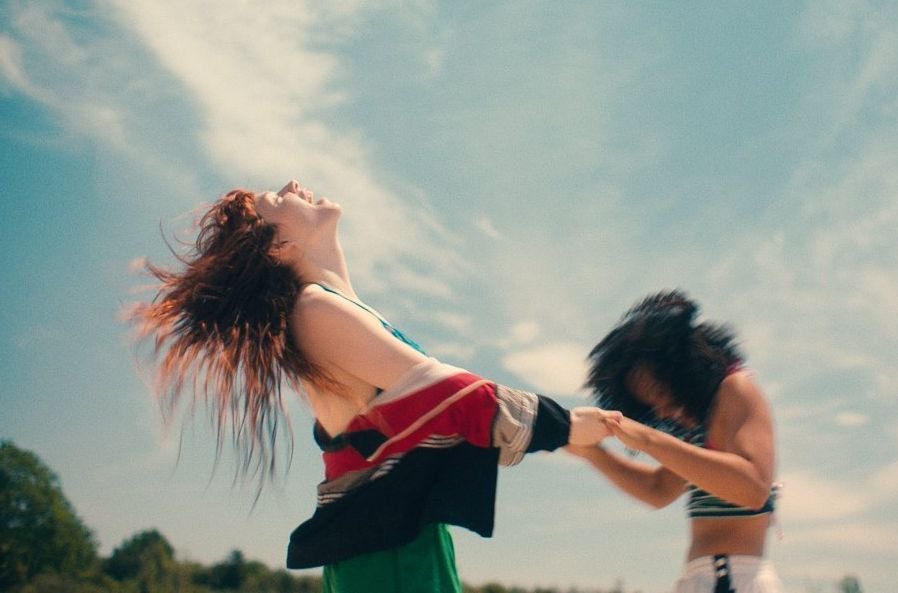 Despite the open fields and meandering roads, it’s hard to understand just how claustrophobic Ontario’s rural small towns can feel unless you’ve actually lived in one.

The Barrie, Ontario-raised, Toronto-based director Jasmin Mozaffari beautifully captures that isolation and its toxic repercussions in her debut feature, Firecrackers.

Expanded from her short film and premiering last year at TIFF, Firecrackers tells the story of two teenagers who long to get out of their unnamed rundown hometown, and the seemingly insurmountable barriers that prevent them from leaving.

The Canadian drama centres on the friendship of two high school seniors, Lou (Michaela Kurimsky, making her screen acting debut) and Chantal (Karena Evans, best known for directing music videos for Drake and SZA), as they plot their escape to New York City.

Lou and Chantal are different from the other girls in their town. Lou is feisty, hot-tempered and will do anything to protect her best friend, while Chantal is smart, pragmatic and obviously tired of being the only Black person, or even more likely, one of the only non-white people around. She fantasizes about going to New York City, where there’s no more white girls asking, “Where are you from? How’d you get your hair like that? Is it natural? Can I feel it?”

They also desperately want to escape the men of their hometown. All of the male characters, except for Lou’s little brother who is punished for wearing his sister’s makeup and forced to cut off his long hair, are selfish and end up committing despicable acts against the various women in their lives. Even the guys who initially seem good are susceptible, as when Lou and Chantal’s friend quickly turns on them when it’s convenient.

Lou and Chantal push back, but they’re also at the whims of a patriarchal society. At one point, after Chantal is hurt by an ex-boyfriend who Lou loathes, she asks Chantal, “So no matter how bad it gets, you’re just going to let them get away with it?” Chantal retaliates, “What the fuck do you want me to do? That’s just the way things are.”

Both Kurimsky and Evans are magnetic as women who desperately want to be independent, sexy and free, while also completely trapped. Although they both have experience on the other side of the camera (Kurimsky as production designer, and Evans as a director), they show incredible depth onscreen.

The story is a familiar one, but Mozaffari artfully encapsulates the devastating realities of rural Canadian life, where it’s impossible to avoid abusive ex-boyfriends, where getting a good job means leaving and where a car is your ticket to freedom.