NOW MagazineMovies & TVReviewsReview: First Reformed is one of the years best

Review: First Reformed is one of the years best 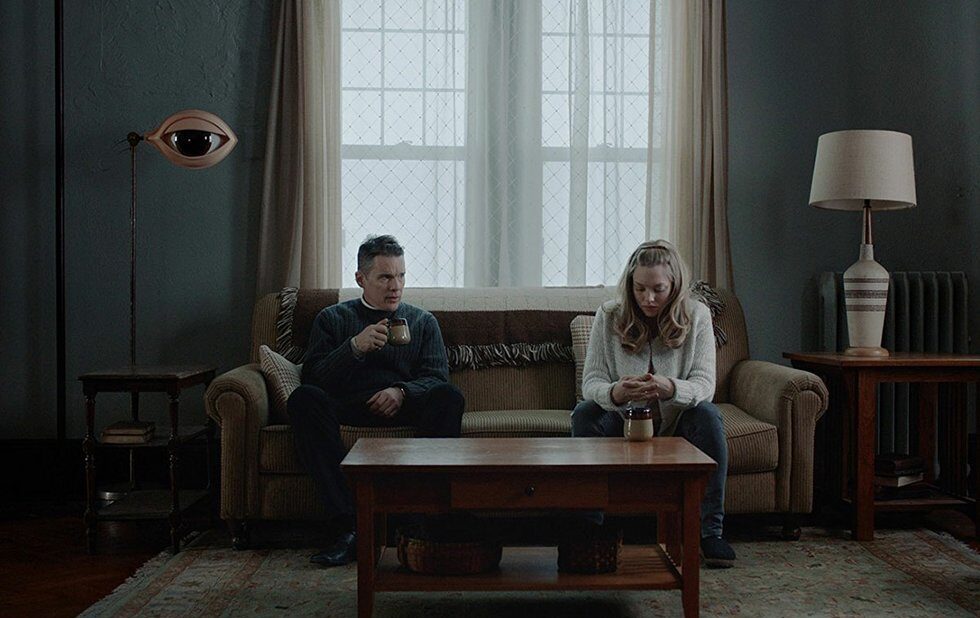 First Reformed finds Paul Schrader reworking Robert Bressons Diary Of A Country Priest for the age of the American megachurch, and coming up with his best film in decades.

Back in his sweet spot of thoughtful alienation after more than a decade in the weeds, Schrader the writer of Taxi Driver and Raging Bull, and the director of Mishima, Light Sleeper and Affliction, among others wrestles with the weighty themes of faith, devotion and sacrifice. Like Martin Scorseses Silence, this film is the work of a man whos spent a very long time thinking about these subjects. He might not have answers, but he has lots of ideas.

Ethan Hawke plays the Reverend Toller, an ailing, alcoholic priest tending to the diminishing congregation of an old church in upstate New York who finds himself drawn to a pregnant woman (Amanda Seyfried) whose husband is in a deep despair over bringing a new life into what he sees as a dying world.

Schrader bores into Tollers tormented heart as he tries to minister to his flock while enduring his own profound suffering, and Hawke gives a magnificent performance in the role. (Seyfried is pretty good herself, and Cedric The Entertainer billed under his real name, Cedric Antonio Kyles plays Tollers boss with a conflicted empathy other actors might not have considered.)

In its consideration of the commercialization of evangelical Christianity for an audience that has no time for the teachings of Christ, First Reformeds concerns are entirely of the moment but its stark visual style feels classical, with Schrader building tension through stillness and formal compositions, focusing on Hawkes agony until it feels like the screen will shatter.

Something else happens instead, and its remarkable.