Review: Ford V Ferrari never gets out of third gear 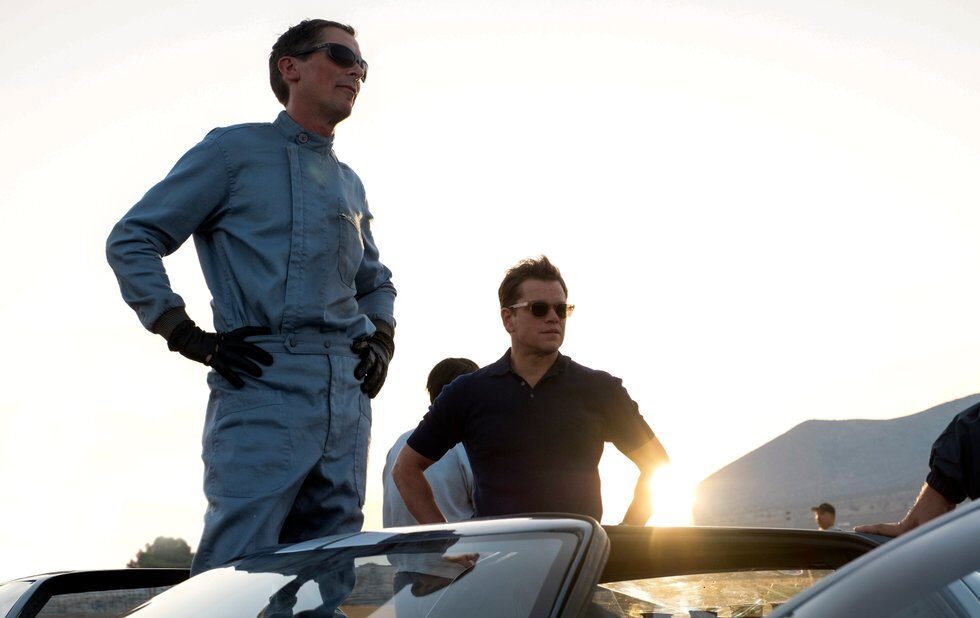 Ford V Ferrari aims to be a racetrack version of The Right Stuff, with its true story of driven men pushing themselves and their technology beyond all rational limits. The ambition is commendable, even if it never gets out of third gear – to say nothing of glimpsing the stratosphere.

Set in the mid-60s, the film isn’t really about Ford or Ferrari instead, Jason Keller and Jez and John-Henry Butterworth’s script zooms in on the relationship between racer-turned-designer Carroll Shelby (Matt Damon) and single-minded driver Ken Miles (Christian Bale) as they try to build a Le Mans-ready Mustang while negotiating the Ford Motor Company’s corporate power plays.

If you want to wallow in the period detail, this is a great movie for that. No expense was spared on production design or wardrobe, and producer/director James Mangold takes obvious pleasure in everything from the glass of a vintage Coca-Cola bottle to the texture of a polo shirt or the cut of a suit. (And if the menswear is all a bit samey, Outlander’s Caitriona Balfe gets to showcase an entire range of outfits as Ken’s supportive but impatient wife Mollie – though that’s pretty much all she gets to do.)

If you want to watch actors find new and interesting ways to fiddle with car parts, Ford V Ferrari has you covered as well, with so many scenes in which Damon and Bale trade jabs while holding wrenches or carrying sparkplugs. As for their performances, I know Ken is supposed to be a little annoying, but Bale leans into it to a cartoonish extent – and his accent work is starting to feel like a fetish – while Damon grounds Carroll in a watchful quiet that belies his tension. (I don’t know when he decided to become the new Tommy Lee Jones, but it’s a good look for him.)

It’s a perfectly cromulent studio entertainment, I guess, but it’s not really about anything. Mangold can usually find a frame or a subtext that sparks these things to life – think of Walk The Line’s intensity or 3:10 To Yuma’s fatalism – but here he seems content to just hit the marks and keep moving.

The script toys with the theme of American exceptionalism, but per the title, Ford V Ferrari has more to do with personal beefs: Carroll’s looking to make a name for himself, and Jon Bernthal’s sly, savvy Lee Iacocca manipulates the blustering, insecure Henry Ford II (Tracy Letts) into letting him do it.

Ken is just there because someone’s paying him, and also because the script needs a chaotic-neutral figure to goose the drama by picking fights and threatening to walk during slower sections.

Ford V Ferrari is a big, expensive movie made by and featuring some very talented people. But it won’t surprise you it never once does anything that feels risky or surprising, and even the driving scenes feel manicured rather than scary or dangerous. Maybe that’s just how we relate to visual effects nowadays, but I think it’s more a problem of attitude.

There’s a part where Carroll takes Ford for a test drive, and terrifies the older man with the sheer power and speed of the vehicle they’re creating together. The film plays the scene for laughs, with working-class Carroll showing his rich boss what’s what – and we’re invited to share Carroll’s pleasure in getting the upper hand. It gets a big laugh, but it kinda misses the point: these cars are scary and intimidating, or at least they ought to be. It’d make everything mean so much more.