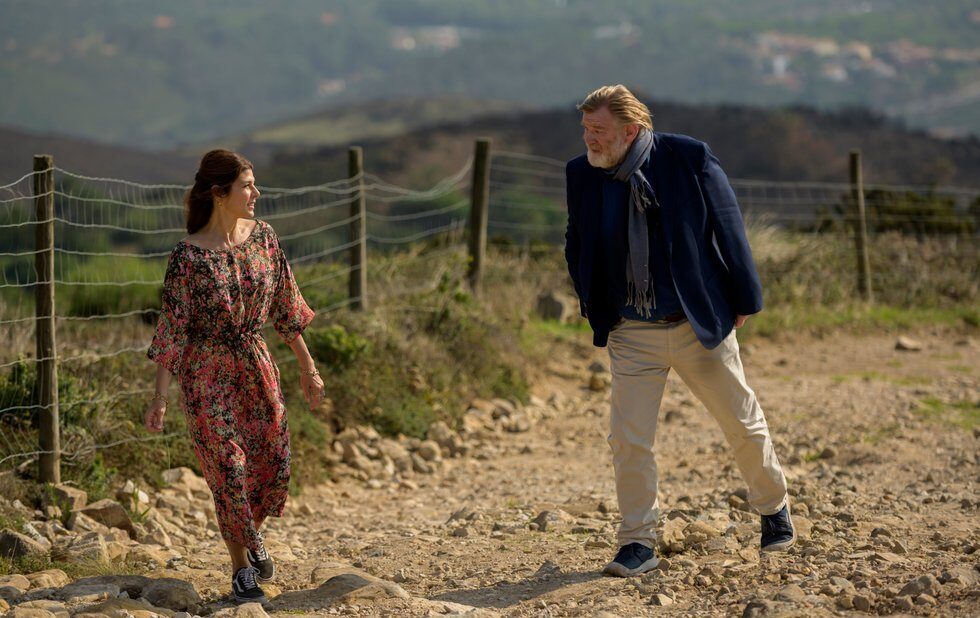 If Eric Rohmer and Olivier Assayas spent an afternoon spitballing a family drama over coffee, they might have come up with something a lot like Frankie.

A thoughtful generational study from director Ira Sachs (Love Is Strange, Little Men), the film follows the members of a blended family over a day as they wander around the Portuguese seaside town of Sintra, all of them trying to ignore the fact that their matriarch, the famous and beloved actor Françoise Crémont (Isabelle Huppert), is dying.

Sachs and his regular collaborator Mauricio Zacharias seem to struggle with assembling their various characters and issues in the first half, with an awful lot of static conversations where people bring each other up to speed on their lives.

Ilene (Marisa Tomei), a makeup artist Frankie befriended in New York City, arrives with her cameraman boyfriend Gary (Greg Kinnear), and they run into Frankie’s first husband Michel (Pascal Greggory) and spend a little too long trading expository dialogue before they realize they’re all in town for the same reason. Meanwhile, Frankie’s current husband Jimmy (Brendan Gleeson) wanders around in a fog of sadness, oblivious to his beautiful surroundings and the bustle of local life.

If that first movement feels a little stiff – thanks to those long conversations and fairly rigid shot choices that make scenes feel like they’re taking forever to play out – Sachs finds the right rhythms in his film’s second half, as the talk grows more serious and the specific emotional currents become clear. People we’ve come to understand begin to align themselves with one another, for better or worse.

Well, “worse” is probably an overstatement. There are some squabbles and at least two arguments that unfold over the course of Frankie, but the film isn’t chasing histrionics. For that, you’ll have to wait for Blackbird, the other TIFF 2019 entry about a family gathering to bid farewell to its matriarch I will take Frankie, for all its faults, any day.

Sachs is an especially empathetic filmmaker, doing his best to present all of his characters with dignity (if not decency). There aren’t a lot of villains in his movies, or even antagonists. Everyone has their reasons, to quote another French master Sachs has surely studied, and people facing tragic realities – prejudice and bureaucracy in Love Is Strange, creeping gentrification in Little Men, Frankie’s prognosis here – do their best to push on and re-calibrate their lives accordingly.

Huppert is, as always, unimpeachable – her imperious persona becomes Frankie’s armour here, something to hide behind while she assesses the people around her – and Jérémie Renier and Vinette Robinson have a fine, prickly rapport as adult step-siblings who still relate to one another as their younger selves.

But Gleeson and Tomei slowly emerge as the film’s most immediate and watchable players, forging a tender, supportive connection that could be chemistry, but might be something even more profound. The most important person in both their lives is going away, and they know it. You rarely see that sort of moment rendered on screen, and it’s remarkable.