Review: Frozen II is a clumsy, critic-proof sequel to the charming original

The animation looks great, but Disney’s unnecessary continuation of the story is merely a blatant brand extension 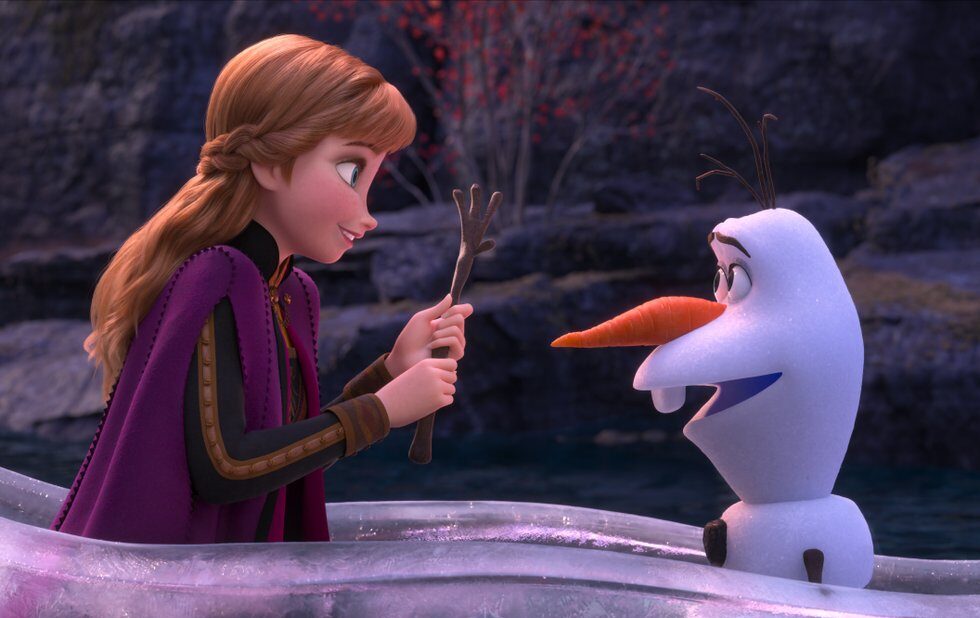 Once upon a time, Disney cranked out sequels to virtually every recognizable property for the home-video market. It started simply enough: a Beauty And The Beast: The Enchanted Christmas here, an Aladdin And The Return Of Jafar there. No one liked them much, but they sold, so Disney kept making them.

Pretty soon every beloved classic, no matter how self-contained, got its own follow-up. There were sequels to everything from Bambi to Mulan. They’re all on Disney+, if you’re feeling the need to watch some very disappointing movies.

The trend slowed down in tandem with DVD sales, and as the 00s drew to an end Disney decided to go heavily into live-action remakes of its animated classics and leave the sequelizing to Pixar. But Disney proper will still knock one out when the market demands. They did it last fall with Ralph Breaks The Internet, and here we are again with Frozen II, a project that would be right at home with its hand-drawn 90s cousins.

Frozen II is a bigger, more expensive sequel to a charming, original-ish hit, and it never really justifies its existence beyond being a blatant brand extension. It’s very nice to look at – no expense has been spared in the animation, which has moments of stunning beauty – and it’s pleasant to catch up with the characters, but mostly it’s just here to give kids more of that thing they liked six years ago, with the magic ice lady and her plucky sister and the talking snowman and the woodsman with the funny reindeer.

Remember how all of their stories and emotional issues were resolved in a very satisfying way, thus negating the potential for an interesting continuation? Never mind. There’s money to be made.

To be fair, returning directors Chris Buck and Jennifer Lee (who conceived the new story with returning songwriters Robert Lopez and Kristen Anderson-Lopez) do at least acknowledge how well the first film left things. Elsa (voiced by Idina Menzel) is settling into her role as the queen of Arendelle, while Anna (Kristen Bell) and Kristoff (Jonathan Groff) are still happily in love. Animate snowman Olaf (Josh Gad) still likes warm hugs, and has decided he’s Elsa’s literal child, singing a song about how everything will make sense when he’s older. And they all still enjoy insulting the memory of Hans, Anna’s turncoat suitor from the first movie, which I have to admit is pretty endearing.

But complications must ensue, and it turns out there’s this enchanted forest just up the river from Arendelle, shrouded in an impenetrable mist, that no one ever talks about. (It’s a dark spot in the kingdom’s past decades earlier, Elsa and Anna’s grandfather led a delegation there to meet its people, and it ended badly.)

And when Elsa starts hearing a mysterious song – which may or may not be connected to Arendelle’s earth, water, air and fire spirits suddenly flying out of balance – our heroes must venture to the forest and discover long-hidden truths about their kingdom, and their origins, and some other stuff besides.

Also, Kristoff is trying to propose to Anna but he’s really bad at it.

This is how you build another Frozen movie, I suppose, and the sequel follows the original very closely in its structure: Elsa goes off on her own, Anna follows at great risk, perils are faced, sacrifices made, reindeer-based comedy enjoyed. Whether any of it is actually entertaining, or expands the core story of Elsa and Anna in any meaningful way, is almost beside the point.

There are new characters to introduce – like the little fire-gecko creature which, while adorable, contributes absolutely nothing beyond a new Happy Meal opportunity – and a new soundtrack to sell, and a script that clumsily shoehorns a whole bunch of ideas about aging, mortality, gender roles and Indigenous reconciliation – yes, really – into a pretty basic narrative that can’t really support any of them. But Groff’s Kristoff gets a 90s power ballad, so that’s… something?

Look, I know these things are critic-proof, and Frozen II will make a billion dollars even before merchandising. But it breaks my icy heart to see the exact same creative team who gave us the delightful, moving and slyly subversive original deliver such a hollow product this time around.