GET LOW directed by Aaron Schneider, written by. 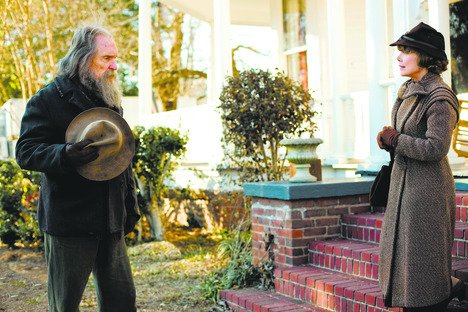 A Johnny Cash song come to life, Get Low is the fact-based folk tale of an old Tennessee hermit who decides to throw himself a funeral party, inviting the townspeople he’s spent the past four decades alienating to tell stories about him – as long as he gets to tell one of his own.[rssbreak]

The hermit, Felix Bush, is played by Robert Duvall, in his finest performance since The Apostle. We can see him carrying the weight of his isolation and his sins, both real and imagined, in every frame. His scenes with an old girlfriend (Sissy Spacek) are so loaded with history, they’re almost painful to watch.

Fortunately, director Aaron Schneider has Bill Murray and Lucas Black on hand to lighten the mood as Felix’s perplexed enablers at the struggling funeral parlour. But they’re not just comic relief each man will have his own moral reckoning in the course of the story, as will Felix.

And as their stories unfold, Get Low works its way under your skin.