The writer/director's sequel to Unbreakable and Split fails on every level, and wastes the super team of Bruce Willis, Samuel L. Jackson and James McAvoy 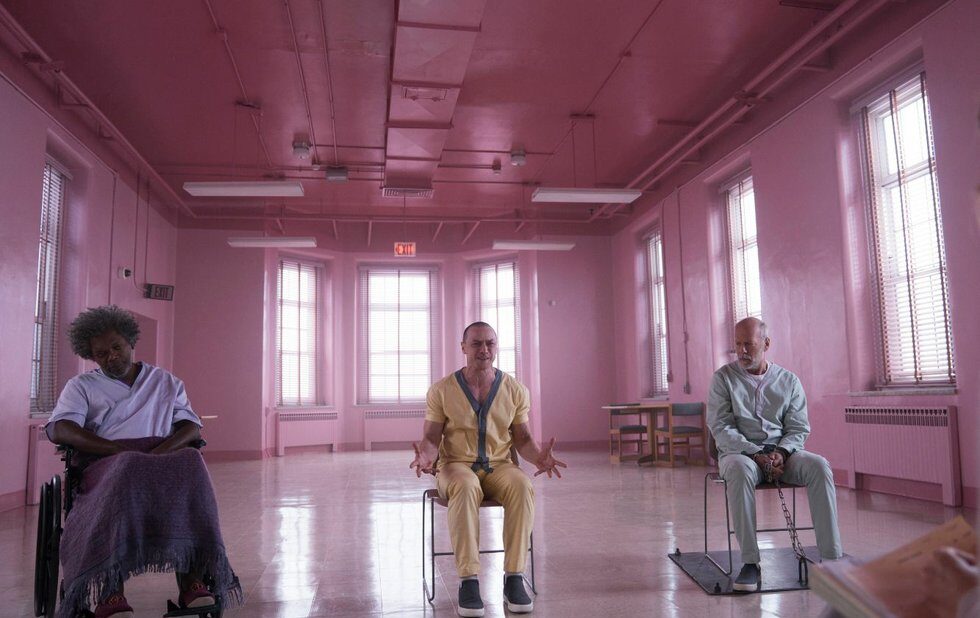 M. Night Shyamalan’s Glass finds the genre auteur taking his very own Cinematic Universe out for a spin and driving it straight into a brick wall.

A sequel to both 2000’s masterful Unbreakable and 2017’s decent-enough Split, Glass is a talky film full of ill-conceived flourishes and misplaced condescension that fails the material on every level. It’s not for the fans, it’s not for the critics, it’s not for anyone at all but Shyamalan, and I’m not even sure he knows what it’s supposed to be.

Building on the flourish that revealed Split was set in the same Philadelphia as Unbreakable, Glass quickly pits the earlier film’s indestructible vigilante David Dunn (Bruce Willis) against the more recent picture’s multiple-personalitied Kevin Wendell Crumb (James McAvoy), in a showdown that lands both men in a mental hospital under the care of the enigmatic Dr. Staple (Sarah Paulson), who specializes in treating people who believe themselves to be superhuman.

She’s also brought in Elijah Price (Samuel L. Jackson), the Unbreakable supervillain who’s been institutionalized since Dunn delivered him to the authorities for causing that train crash in 2000, for her group therapy intensive. And of all the possibilities teased by that final revelation in Split, this may be the least interesting one: a movie in which a new character spends all her time trying to convince the returning characters – and the audience – that maybe they misremembered the events of the previous films. Wasn’t the whole point of Unbreakable and Split that the impossible was happening right before our eyes? Did we not see what we saw, and what Shyamalan confirmed in his signature explanatory montages?

Having written himself into that corner, Shyamalan proceeds to keep writing until he finds a new, stupider corner – flashing back to Unbreakable for no particular reason, and teasing a climactic confrontation that cannot possibly happen the way it’s being teased, because the scale of this entire trilogy is too intimate and contained, and bringing back supporting players from the previous films for pointless conversations with Dr. Staple.

It’s depressing to see Anya Taylor-Joy struggle to reconcile this new version of her Split character, Casey, and sadder still to watch Charlayne Woodard buried under unconvincing old-age makeup as Elijah’s mother. But the worst-served is Spencer Treat Clark as David’s grown son Joseph, who spends most of the movie blankly Googling things or staring out of windows.

Whenever things become too dull, Shyalaman gets McAvoy to shuffle through Crumb’s various personae – an impressive bit of virtuosity that turns out to be a lot less electrifying when the character is no longer in control of the moment. His co-stars are trying just as hard. Jackson gives Elijah’s inevitable monologues some life, and Willis does his best to make the material work, even though Shyamalan has done nothing to build a world in which David Dunn’s character can credibly exist.

In the end, it’s all pointless because Shyamalan is just using Glass to deliver a brand new twist ending – one that sells out all of the characters, betrays the audience’s investment and makes no sense whatsoever.

This is what happens when a stunt becomes canon.