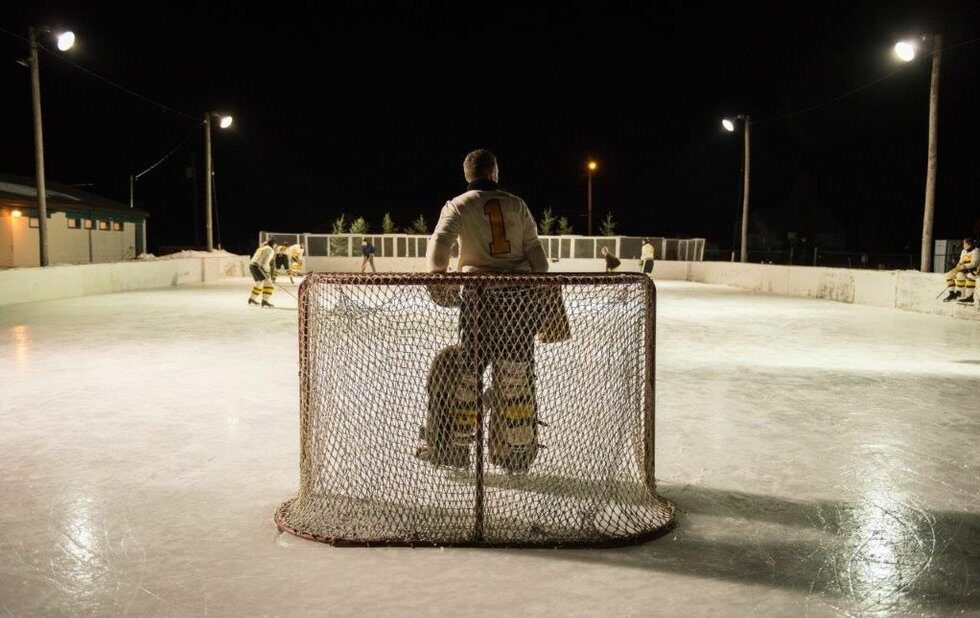 Goalie is a biopic about Terry Sawchuk, a kid from Winnipeg who played for four of the Original Six teams, held the all-time NHL record for the most wins, and died after a drunken fight in 1970. He was 40 years old, and a wreck. Adriana Maggss movie shows us how he got there.

Goalie subverts the usual sports-hero mythologizing by acknowledging the damage that made the NHL legend who he was and then simply tracking the physical and emotional scar tissue as it accumulates over the course of his life. Its not a celebration its a tragedy.

I have no idea how itll play with sports fans, but as a movie, its a welcome surprise an emotionally raw, performance-driven study of a man who gave everything to a sport, and couldnt get anything back.

The whole thing rests on Mark OBriens brittle, evasive performance as Sawchuk, a man whos uncomfortable around his teammates, uncertain around the woman he loves (Georgina Reilly, the actors real-life wife) and unceasingly deferential to coaches and managers, self-medicating with alcohol and slowly losing everything around him.

Sawchuk sets records and becomes beloved by fans, but cant enjoy any of it its all an endless, punishing grind, captured by director Maggs who co-wrote the script with her sister Jane, inspired in part by their father Randalls 2008 book of poems Night Work with empathy rather than sentimentality.

Goalie is an interesting companion piece to Kevan Funks Hello Destroyer, which also examines the corrosive nature of performative masculinity in hockey culture. But its also a devastating look at one mans dedication to a game that broke him, over and over again.