NOW MagazineMovies & TVReviewsReview: Godzilla, King Of The Monsters gives the fans what they want: gargantuan smackdowns

Review: Godzilla, King Of The Monsters gives the fans what they want: gargantuan smackdowns

The sequel to Gareth Edwards's masterful 2014 reboot (and to Kong: Skull Island, as well) pours on the kaiju battles, but falls a little short on the human element 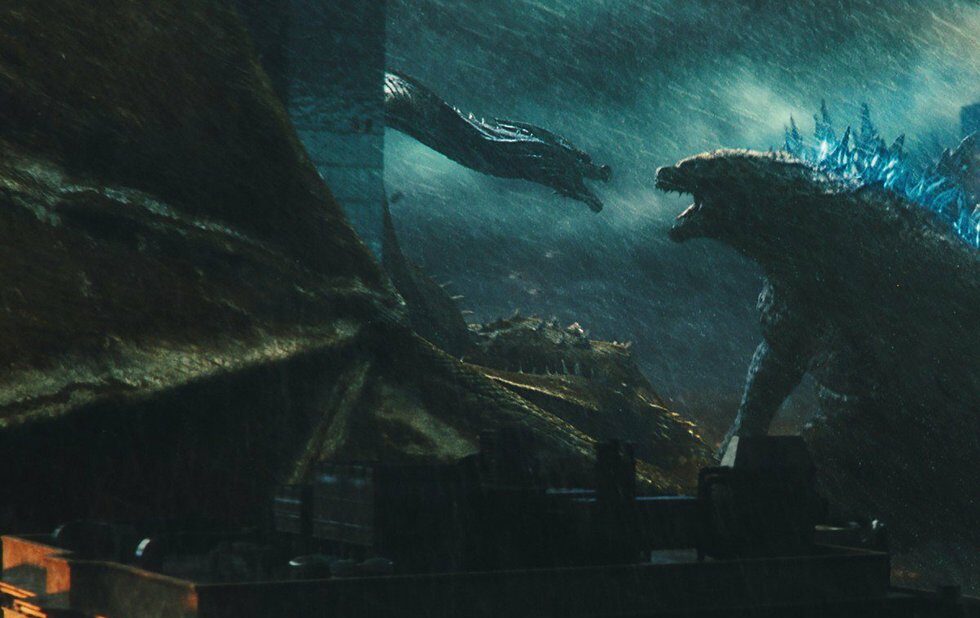 I guess it all depends on what you want from a Godzilla movie.

Did you think Gareth Edwards’s 2014 reinvention was too coy with its kaiju battles? Did you think Hideaki Anno’s Shin Godzilla spent way too much time in situation rooms? Have you been disappointed by all the Godzilla movies that don’t try to fill the screen with giant beasts, chasing the high of such vintage monster mashes as Destroy All Monsters or Ghidorah, The Three-Headed Monster?

Well, now you have Godzilla, King Of The Monsters, which is packed full of gorgeously rendered, staggeringly large CG creatures doing battle all around the globe as fragile people run for cover – or, as is the case in this film, race right into the epicentre of every smackdown for plot reasons.

You wanted more hero shots of Godzilla? Here you go. You wanted more background on Monarch, the shadowy multinational monster-hunting organization teased in Edwards’s film, and which we saw in an earlier form in Jordan Vogt-Roberts’s 2016 prequel Kong: Skull Island? It’s here. You want more backstory on the giant monsters? Help yourself, there’s piles.

Though it’s far more conventional in execution than Edwards’s movie, King Of The Monsters – directed by Michael Dougherty (Krampus) – doesn’t stray too far from the template it laid out: once again, the focus is on three members of the same family who are always in the right place to witness the monster action.

The Brody clan, played by Aaron Taylor-Johnson, Elizabeth Olsen and Carson Bolde in the last movie, sit this one out the new protagonists are the Russells: animal psychologist Mark (Kyle Chandler), audio specialist Emma (Vera Farmiga) and teenage daughter Madison (Millie Bobby Brown), who are all involved with Monarch – or were, anyway, until Godzilla made landfall in San Francisco in 2014 and their nuclear family became collateral damage.

Now Mark is off studying wolves in the Arctic or somewhere, and Emma and Madison are working at a Monarch base in China, studying a kaiju cocoon. Then a band of villains (led by Charles Dance, doing his best impression of a second-rate Bond heavy) raids the base and makes off with Emma, Madison and the monster-triggering acoustic device on which they’ve been working, and Mark is brought back into the fold to rescue his family and stop whatever monster mash the baddies are trying to orchestrate. Why the Monarch people think he’s the right guy for the job is never made clear, but it gets the movie underway efficiently enough: Dougherty and co-writer Zach Shields are telling us what kind of movie this is going to be.

Godzilla, King Of The Monsters is the kind of movie that has military strike teams and secret monster bases and a team of wisecracking scientists – among them Bradley Whitford, Thomas Middleditch, Ziyi Zhang and returning cast members Ken Watanabe and Sally Hawkins – who zip around in a stealth plane trading theories about gods and monsters. It’s the sort of Godzilla movie Toho regularly turned out around the turn of this century, like Giant Monsters All-Out Attack or Godzilla: Final Wars. The science is ridiculous, the stakes are global and the tone is apocalyptic, but it’s also undeniably fun in its silly, oversized mayhem. And the monsters are spectacular, which is the only thing that ultimately matters.

Godzilla, King Of The Monsters is jammed with kaiju fights. Godzilla shows up early and often the other key creatures – okay, it’s Mothra, Rodan and King Ghidorah – are used more judiciously, but always to impressive effect. None of the newcomers seems to have much of a personality beyond “nice”, “evil” and “kind of a dick” (sorry Rodan, but you’re basic), but they’re not here to act, they’re here to fight, and they do that very well.

Edwards’s film is still the high-water mark for spectacle, with its obstructed-view interpretation of giant monster action. But there are a few moments in King Of The Monsters that build on it, shifting elegantly between the micro of human activity and the macro of a kaiju throwdown and turning victory poses into gorgeous tableaux. It looks magnificent in IMAX, though I suspect 3D will work against Dougherty and cinematographer Lawrence Sher’s gloomy, rain-soaked palette.

The humans? They’re fine. Chandler’s an appealing everyman, Farmiga adds some complexity to what could have been a one-note character and Whitford and Middleditch make their sidekick scientists pop. Watanabe gets more to do Hawkins doesn’t, but she still makes more of an impression than David Strathairn, still playing a one-dimensional admiral who wants to kill the monsters rather than let them fight.

It’s like he doesn’t even know why we come to these movies in the first place.