Film about A.A. Milne and the Winnie-the-Pooh books works way too hard to make us feel something 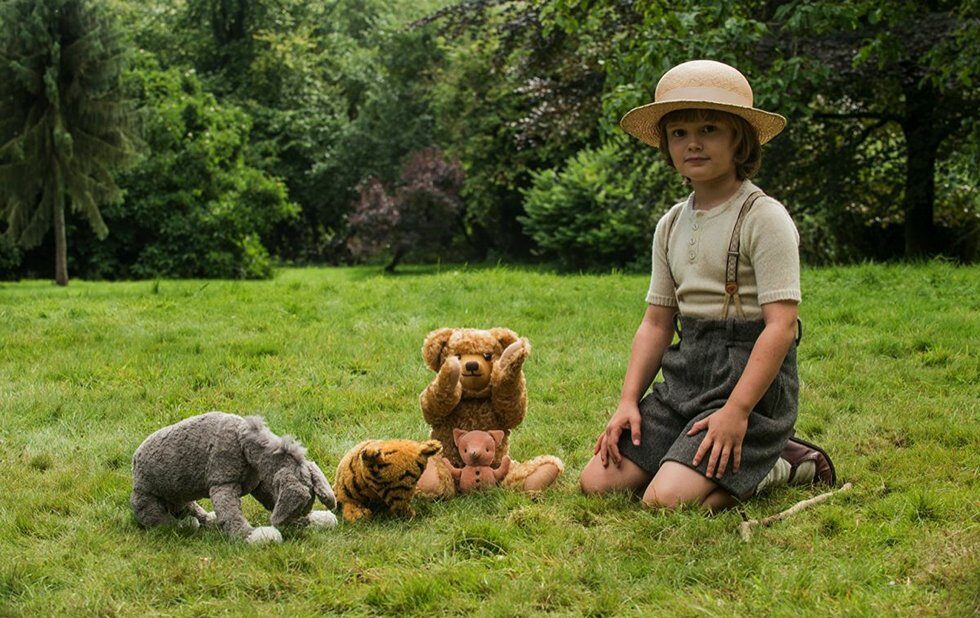 Like most human beings with actively beating hearts, I am deeply, deeply fond of A.A. Milne’s Winnie-the-Pooh books. The prose still delights – delicate, tender, insightful about the perspective of a child in a way few other writers have ever managed – and the illustrations, by E.H. Shepard, match the words perfectly.

Goodbye Christopher Robin is Simon Curtis’s new biopic about Milne and the creation of his greatest work. I hated it.

If you’ve seen Curtis’s previous films, My Week With Marilyn and Woman In Gold, you know they can best be described as prestige twaddle. They arrange all the elements of what people imagine to be good, important cinema – larger-than-life subjects, expensive production, A-list casting, Oscar campaigns on the back end – but they’re entirely superficial.

This is not to dismiss the excellent work being done within those films, mind you Michelle Williams is terrific as an unknowable Marilyn Monroe in My Week With Marilyn. It’s just that movie isn’t interested in knowing her it uses her as a fetish object, drafting on her celebrity to tell a pretty dull story. And Helen Mirren and Tatiana Maslany are both quite good as older and younger versions of the same character in Woman In Gold.

I had hoped Milne’s more placid story would better suit Curtis’s gift for encouraging actors, and tilt him away from the grand gestures that send his earlier pictures wobbling. But he hasn’t changed his approach at all, and so Goodbye Christopher Robin plays as an even more annoying work, smothering the delicate subject under the shellac of self-importance.

The film tells the tale of how the traumatized Milne (Domhnall Gleeson) found his way back from the nightmare of the First World War by writing the Winnie-the-Pooh books for his young son, only to see their success derail the boy’s idyllic childhood. It would be a great story if Curtis told it with anything approaching respect or delicacy.

Instead, he and screenwriters Frank Cottrell Boyce and Simon Vaughan construct a series of stiff tableaux in which Milne and his wife, Daphne (Margot Robbie), stiff-upper-lip it through a few difficult conversations before moving to leafy Surrey with little Christopher Robin (Will Tilston), who brings his father out of his shell over a weekend.

It’s all too easy, with precious little sense of the joy to be found in Milne’s writing, and marred further by Curtis’s feckless attempts at stylization. He handles flashbacks and transitions so clumsily that I genuinely thought the projector had glitched at one point, and the use of animated overlays in one moment just feels foolish.

The actors try to ground their performances – Gleeson underplays Milne’s shattered nerves nicely, and Kelly Macdonald is far more complex as Christopher Robin’s governess than the role deserves – but they’re trying to swim in syrup, as Curtis pushes harder and harder.

A film about the creation of a beloved children’s icon shouldn’t have to try this hard to make its audience feel something. And the ending is utter bollocks.

Just read When We Were Very Young again. To anybody.