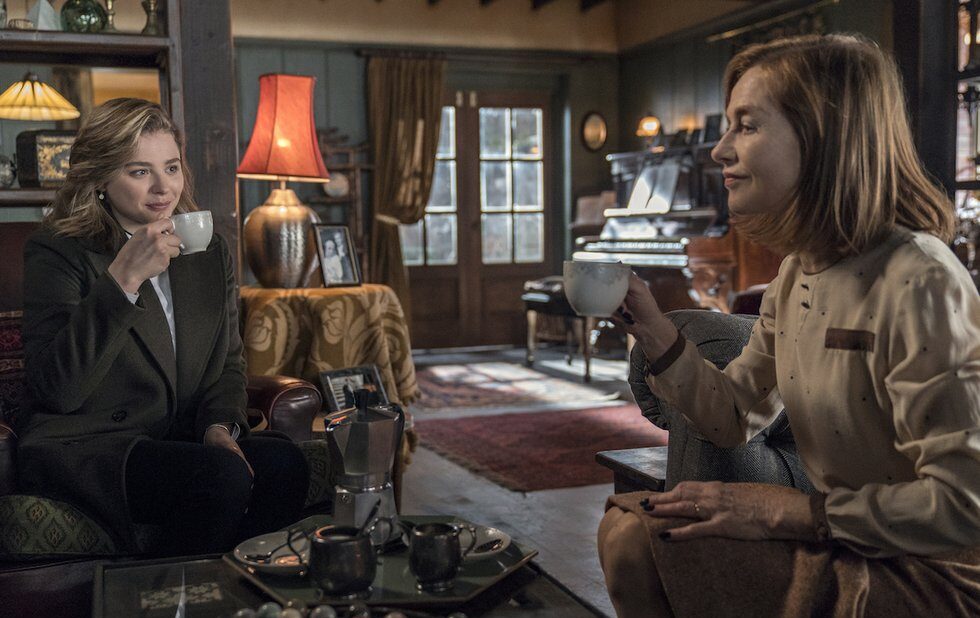 Is Isabelle Huppert entering her Robert De Niro self-parody years? The French acting great has returned to the English language for a role that feels like a American-ified take on her iconic performance in Michael Hanake’s The Piano Teacher. And while director Neil Jordan’s stalker thriller isn’t as good as its lead, Greta manages to be satisfyingly campy – the kind of movie you might watch while nursing a Sunday hangover.

Chloë Grace Moretz stars as Frances, a server who has moved into a loft in New York’s expensive Tribeca neighbourhood (the movie is very obviously shot in Toronto) with her rich friend Erica (Maika Monroe), who is basically the poster girl for white privilege. One day, Frances finds a purse on the subway and delivers it back to its owner, Greta (Huppert), a kindly French piano teacher who lives alone. The two women bond over shared feelings of grief – Frances has lost her mother and Greta’s daughter has died – and strike up a friendship that ends almost as soon as it begins.

It doesn’t take long for Frances to suspect something is up with Greta, and Jordan drops over-the-top music cues early on to ensure the audience has no reason to doubt her instincts, either. Though the marketing for Greta similarly tips the film’s hand in a big way, Huppert keeps it subtle early on, walking a fine line between dignified and desperate. Unfortunately, Jordan doesn’t always make the most of his intriguing star.

Jordan and Ray Wright’s screenplay falls back on the usual devices to push the story along except – to their credit – gaslighting Frances. A character (Zawe Ashton) shows up for one scene to explain the backstory. Unconvincing changes in motivation conveniently result in Frances rifling through Greta’s trash to discover more information. The theme of big city loneliness is abandoned as quickly as Greta and Frances’s friendship, and ineffective law enforcement and minor characters are either powerless or simply don’t give a shit. “Is that your stalker?” a coworker asks Frances at one point. “Good luck!”

Moretz bears the brunt of the clichéd plotting and just goes with the flow, though her wan Frances never seems like more than a cypher for the audience. Monroe’s Erica, a snarky and shrewd yoga party girl who wouldn’t be out of place in a season of Big Brother, would’ve been a more interesting foil for Greta’s Old World repression.

Despite all this, Greta turns into a good time when it gets to where it’s obviously going. Jordan dials up the zaniness toward the third act and both leads finally let loose. The turning point is a hilarious confrontation in a restaurant in which Huppert is lit from below so that her sunglasses make her look like a bug-eyed, Chanel-clad alien.

Huppert is perfect as the un-killable maniac and her presence elevates an otherwise completely generic thriller. If only her director had taken more stylistic chances he could’ve done the same.