Review: Hale County This Morning, This Evening finds the sublime in Alabama 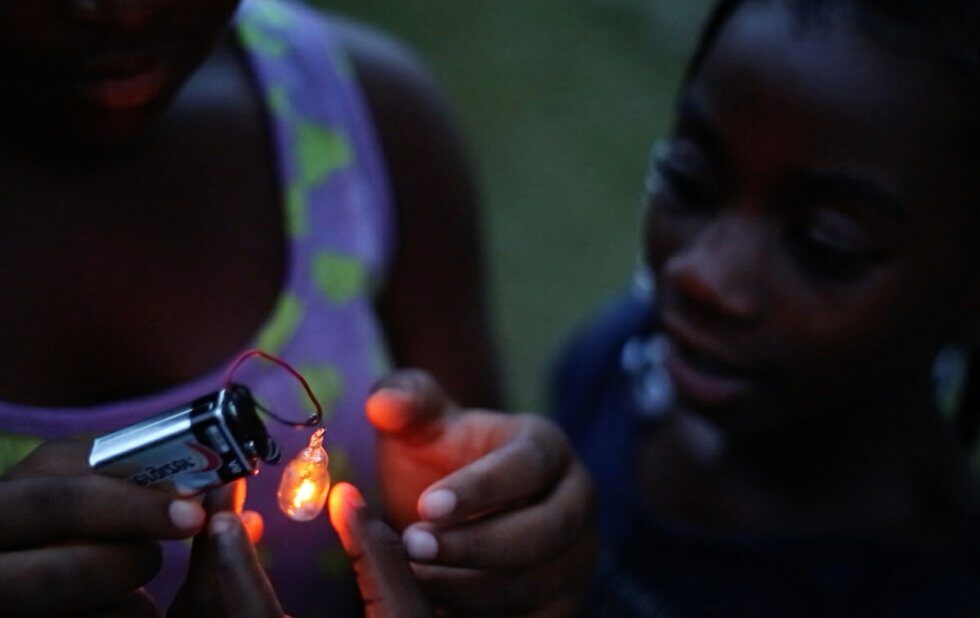 RaMell Ross’s documentary about a group of friends living in Alabama’s Black Belt plainly lays out its conceptual intentions in an opening title card: with this film, the photographer-turned-filmmaker is “using time to figure out how we’ve come to be seen.”

In filtering his images through a lens that’s aware of the ways African-Americans have often been portrayed in documentaries – i.e. in the context of social issues – Ross finds sublime moments in mundane family life. He is seeking to create something new, though Hale County This Morning, This Evening occasionally falls back on familiar visual tricks.

Ross moved to Hale County nearly a decade ago and began teaching photography and coaching basketball. The film, shot over five years, emerged from his friendship with Daniel Collins, Quincy Bryant and his partner, Latrenda “Boosie” Ash.

Dispensing with traditional narrative, the director uses associative editing to create a sensory experience of their lives, as well as the landscapes and sounds of Hale County. He emphasizes the intensity of a basketball hitting a gym floor as the camera trails behind Collins during practice a child happily runs around in circles until he’s tired out he cuts to a frightened goat attempting to cross the street after we see Collins and Bryant pulled over by a cop.

A few snatches of dialogue expand upon his beautiful and serendipitous images and metaphors. In one sequence, a fellow student in Daniel’s sociology class questions the definition of poverty as it is often used to describe rural environments, pointing out the natural wonders he grew up surrounded by in Hale County.

The subtext of life’s spontaneous joys needs no exposition when Boosie fondly remembers a lost loved one while looking at her phone in a drive-thru with Quincy. It’s a bittersweet and unguarded moment, conveying her perseverance, the nature of grief and the march of time in a way that could never have been scripted. Ross is adept at homing in on family life, particularly the loving cocoon of childhood.

The sequences between such familial scenes sometimes break Hale County’s spell. Ross disrupts rhythms of everyday life to show the passage of time with heavy-handed techniques like time-lapse photography, landscapes shot from moving vehicles and title cards that say things like “Where does time reside?” More often, the movie is at its most viscerally compelling when Ross’s probing camera evokes time through the natural flow and movements of his characters.

An exception is a sequence that briefly takes us into essay territory with archival images of African-American vaudeville performer Bert Williams in blackface from Lime Kiln Club Field Day, a 1913 silent film with an all-Black cast. This historical context is absent, however. Instead, Ross intercuts Williams’s image with footage creeping down a path to a plantation home, creating a haunting and uncomfortable reminder of film’s racist history that’s palpable enough it doesn’t need exposition.

It’s also a curveball: Ross takes us out of the present tense, seemingly breaking his own experimental rules to frame Hale County This Morning, This Evening in the wider context of cinema, similar to the way the characters are subsumed by the sweeping passage of time. In Hale County, Ross has created a debut film that manages to be subtly affecting and boldly ambitious.