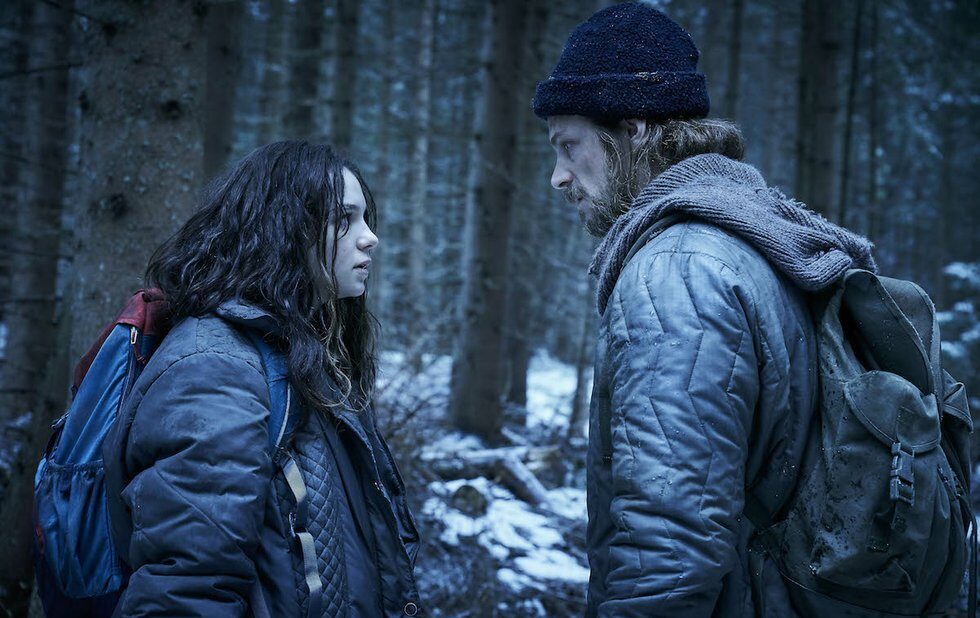 Once upon a time, Hanna was a 2011 movie starring Saoirse Ronan as a 15-year-old girl, expert in the ways of murder and combat, but otherwise a blank slate, racing across Europe trying to escape a series of CIA hit squads.

It wasn’t bad Ronan’s eerie, pale presence made her an unlikely but compelling action hero – a sort of waifish, bewildered Jason Bourne – and her Atonement director Joe Wright leaned heavily on fairy-tale imagery to set the story apart from other action fare, presenting Ronan’s Hanna as a princess hunted by Cate Blanchett’s wicked queen and protected by Eric Bana’s noble woodsman. It was pretty silly, but it was undeniably entertaining.

Now, Hanna returns as an Amazon Prime Video series, with writer and producer David Farr stretching out the screenplay he wrote with Seth Lochhead to fill eight episodes. It’s the same story, basically, but now it runs over six hours. And I have no idea why it exists.

I mean, obviously I do: Hanna exists as an Amazon show because Amazon wants shows, and we all understand that anything even passingly familiar has a better chance of drawing an audience than a new thing. New things are risky and therefore remounting an indifferently remembered prestige thriller from earlier in the decade is a safer bet. And so here is Hanna, retelling that fairly fresh story with a new cast and crew, and doing nothing more effectively other than reminding us that the original movie is right there on the shelf, and a lot better at this.

If you’ve never seen the movie, here’s the basic pitch: liberated as an infant from a mysterious Romanian medical facility, Hanna (Esme Creed-Miles) has spent her entire life living alone in a Romanian forest with the terse Erik (Joel Kinnaman), who’s taught her how to fight and kill, but kept her from any other human contact.

But Hanna is curious about the world, and one day she ventures beyond their camp and meets a young man who offers her conversation and a Snickers bar. This innocent attraction quickly leads to Hanna and Erik landing back on the radar of CIA operative Marissa (Mireille Enos), who sends the forces of hell after them. Separated from Erik, Hanna winds up in Morocco where she’s befriended by Sophie (Rhianne Baretto), the teen daughter of a British family on holiday and falls in with them, trying to get back to her father while avoiding the next wave of villains.

If you’ve seen the film, you’ll wonder why everything is moving so slowly if you haven’t seen the film, you’ll probably still have that thought, because Farr hasn’t done much to fill in the additional space that a television series offers. He’s structured the individual episodes with clear goals and dramatically loaded endings, but they still move like molasses.

The greatest strength of Wright’s movie was that it never stopped for breath, rushing from one bonkers sequence to the next while doubling and tripling down on those fairy-tale references. Farr abandons the metaphor – I guess he didn’t consider it serious enough – but he doesn’t replace it with anything, resulting in a conceptual hole that we have plenty of time to contemplate over the course of the show.

None of this is the actors’ fault. Kinnaman and Enos are both fine, though it’s almost perverse that this show reunites the stars of The Killing and gives them almost no time together. Of course, it’s also perverse that Cold War’s magnetic Joanna Kulig should be wasted in a handful of early scenes as Hanna’s mother. (That said, the role was originally played by future Phantom Thread star Vicky Krieps, so maybe giving it to another wildly overqualified actor is someone’s idea of a joke.)

And Creed-Miles, who was the younger version of Ruth Wilson’s character in Clio Barnard’s Dark River, is very good as Hanna – and, more importantly, she doesn’t try to echo or reference Ronan’s performance. She brings a nervous edge to Hanna that contrasts with Ronan’s watchful poise it makes her seem more vulnerable and more unpredictable from moment to moment. I hope this leads to her being offered more work, and I hope she’ll be too busy for another season of this pointless remake.