NOW MagazineMovies & TVReviewsReview: Harpoon is a psychological thriller that hits all its targets

Review: Harpoon is a psychological thriller that hits all its targets 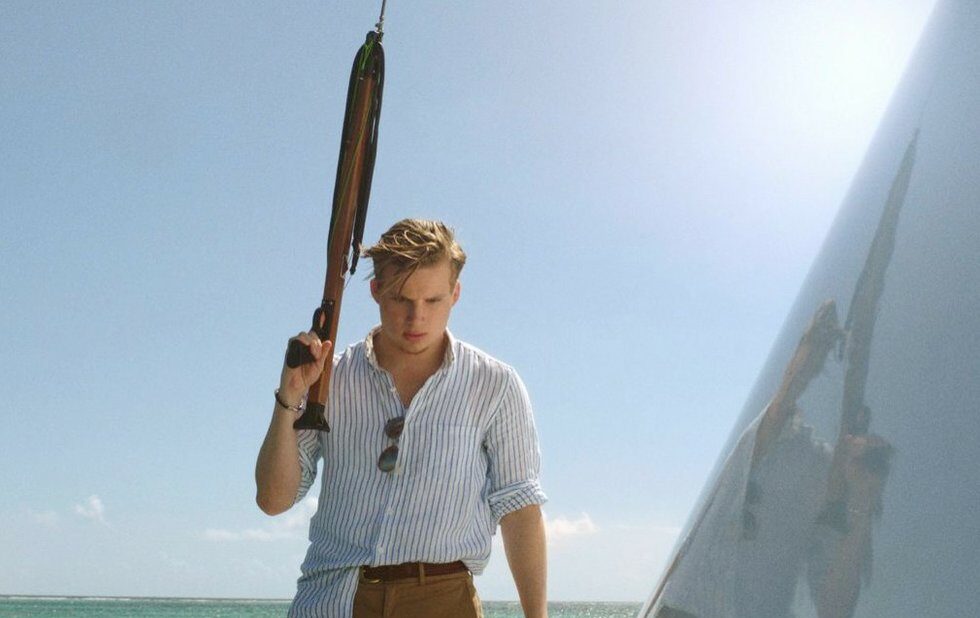 It’s a shame Harpoon isn’t playing the Toronto After Dark film festival next week its mixture of uneasy laughs and gruesome makeup effects would go down perfectly there. So think of it as a way to get yourself ready for the splatterthon.

The latest from genre-stretching filmmaker Rob Grant, who made Fake Blood and Alive, Harpoon is a psychological thriller that’s as economical as they come.

There are just three characters: wealthy Richard (Christopher Gray), his long-time girlfriend Sasha (Emily Tyra), and their mutual best friend Jonah (Munro Chambers). And after a prologue on land, there is only one setting: Richard’s boat, which they take out for a pleasure trip after Richard beats the snot out of Jonah because he thought Jonah and Sasha had slept together. (In fact, the text messages that set Richard off were merely evidence of the pair buying him a birthday present.)

Richard is trying to make amends with the cruise, because that’s what Richard always does when he loses his temper. Far from shore, the boat stalls out, leaving the trio stranded at sea. And that’s when things get really bad.

Hours turn into days food and water run out. Hope fades. Secrets emerge. And Richard is still pretty sure Jonah and Sasha have slept together, so that’s not helping anything. And if you think you know where things are heading… well, you probably don’t.

Like Grant’s previous features, Harpoon refuses to stay in its lane, functioning equally well as a barbed comedy of manners and a survival picture. An almost gleeful voice-over from Fleabag’s Brett Gelman frames the story as a cautionary tale, pointing out the maritime offences the characters commit even before they set sail and metatextually letting us know not to make too much of an emotional investment in any of the protagonists.

Which is good, because Chambers, Gray and Tyra are having a ball playing very unpleasant people who can’t help but make a bad situation worse at every opportunity – and because Grant keeps finding new ways to shift our sympathies from one party to another. If you appreciated what he did with Fake Blood and Alive, you’re going to want to check this out.

If you haven’t seen the other films, they’re worth seeking out as well. It’s that time of year, after all.