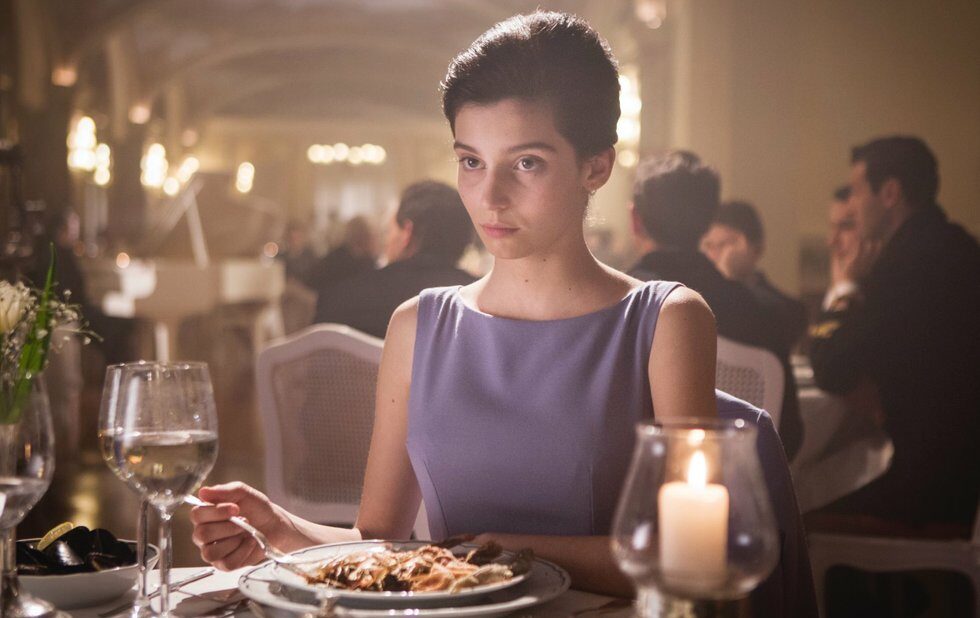 MY BRILLIANT FRIEND: THE STORY OF A NEW NAME (Saverio Costanzo). On HBO Canada and Crave.ca on Sundays, at 9 pm. Subtitled. Rating: NNNN

While this adaptation of the second novel in Elena Ferrante’s Neapolitan quartet doesn’t quite reach the same dramatic heights as My Brilliant Friend, it continues the story of Naples frenemies Elena Greco (Margherita Mazzucco) and Rafaella Cerullo, aka Lila (Gaia Girace), in fascinating and absorbing ways.

Newly married to grocery store owner and burgeoning shoe store entrepreneur Stefano Carracci (Giovanni Amura), Lila is suddenly finding her world constricted. Her husband is a boorish bully – he rapes her on their wedding night – and has forged a partnership with the neighbourhood gangsters (and Lila’s enemies) the Solaras. Although she’s got a nice new home and is the envy of her neighbours, she begins to realize how little freedom and agency she actually has. Her worth is now measured by her ability to bear children.

Meanwhile, Elena is doing well at high school and has a crush on the intellectual Nino Sarratore (Francesco Serpico), even though he’s dating her teacher’s daughter. During summer vacation on the island of Ischia, however, it’s Lila who ends up forming a bond with Nino. And that triangle, plus its outcome, pushes the narrative forward through most of its 10 episodes.

As with the first season, series creator Saverio Costanzo beautifully captures the look and feel of Italian life, paying careful but not fetishistic attention to the fashions and music (both Italian and American) of the prosperous early to mid 60s. There’s a hint of the growing social and political unease a scene in which the film director Pier Paolo Pasolini gets heckled for being gay (not in the book) after a screening bristles with tension.

It’s in this season that we begin to see the growing class divide between Elena and Lila a sequence in which Lila accompanies Elena to a party thrown by her teacher shows how much they’re different, and even non-Italian speaking viewers will notice how coarse Lila’s language sounds in this context.

The actors continue to astonish, especially Girace as the fiercely defiant and brilliant Lila, aware of her physical attractions yet desperately craving some intellectual stimulation. Mazzucco has the less flashy role, but she suggests a lot with her dreamy, watchful eyes. One of the most powerful scenes in the series comes early in this season, as Elena, assessing the haggard neighbourhood women, sees what she could become if she doesn’t escape.

The young male actors get more screen time this season. Amura’s Stefano simmers with rage and wounded pride – some of his scenes should come with trigger warnings for those who have experienced domestic violence. Serpico’s Nino, meanwhile, is the perfect embodiment of the idealized romantic intellectual.

I don’t know if filming on the series’ next instalment, Those Who Leave And Those Who Stay, is going on, or whether it’s been delayed because of the novel coronavirus pandemic. It could help the series if they waited a while. The two leads are convincing as women in their early 20s, but I’m not sure they have the gravitas to pull off being much older than that.

Whatever Costanzo’s decision, this is shaping up to be an essential series, easily one of the best screen adaptations of a great and enduring work of literature.