Review: Hearts Beat Loud is so good youll want to sing along 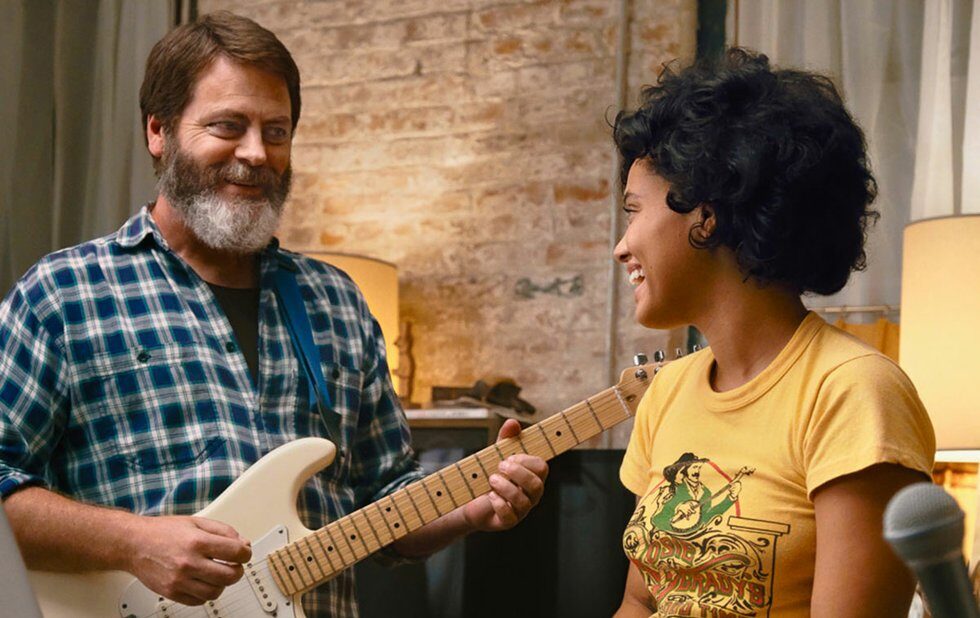 Hearts Beat Loud is a charming, low-stakes drama about a middle-aged musicians attempts to start a band with his daughter. Not much happens, but its awfully sweet. And Ill be honest: after Ill See You In My Dreams and The Hero, I wasnt expecting Brett Haley to ever make a movie this good, but Im very happy he did.

Frank (Nick Offerman) is awfully close to being a Brooklyn cliche. Once upon a time he was a professional guitarist, and now he runs a record store in Red Hook. His daughter Sam (Kiersey Clemons) is getting ready to head off to UCLA at the end of the summer. Shes deep in her studies, but Frank can still persuade her to jam in their home studio.

One evening, Frank and Sam wind up creating a pretty good song he puts it on Spotify, it finds its way onto a playlist and all of a sudden a hobby becomes a potential career.

As in his previous features, Haley and his regular collaborator, Marc Basch, set up a bunch of simple, familiar story points and proceed to resolve them with minimal complication and no tension whatsoever which doesnt sound all that great, except that Offerman and Clemons are note-perfect in their roles, making their every moment crackle.

Together or separately, theyre utterly watchable Offerman, who played Sam Elliotts weed guy in The Hero, finds bottomless complexity in the widowed, sensitive Frank, while Clemons (of Dope and Transparent) breaks out as his gifted, self-aware daughter.

Hearts Beat Loud bops along on the strength of its performances and its emotions. Youll never be on the edge of your seat or anything, but thats not what Haleys going for. He just wants you to sing along.