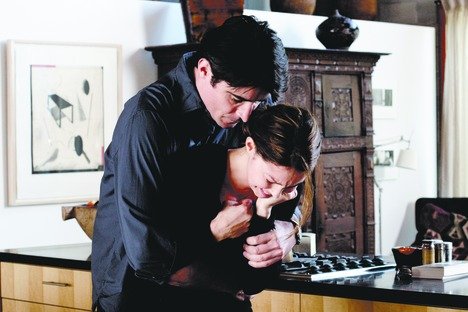 Goran Visnjic and Ashley Judd go to hell and back in Helen.

Movies about depression don’t exactly have huge appeal – downer material and all – but an electrifying performance by Ashley Judd in the title role makes Helen a real draw.[rssbreak]

Judd plays a music prof who sinks into a suicidal depression, to the surprise of her husband, David (ER’s Goran Visnjic), who has no idea of her history with the disease.

As Helen’s condition worsens, her relationship with David and her daughter, Julia (Alexia Fast), deteriorates, though a friendship with a student (Lauren Lee Smith) who also has psychiatric difficulties might offer salvation.

Director Sandra Nettelebeck (Mostly Martha), who also wrote the screenplay, skilfully conveys the breakdown of Helen’s connections – not an easy task given how much movies depend on communication. Especially impressive is the way that, as the narrative unfolds, the colour seeps out of the images, reflecting Helen’s loss of vitality.

Judd, who has her own history with depression, gives a courageous performance, proving that nothing works better for an actor than real experience to draw on.

Too bad about the major misstep in the narrative: electro-shock therapy gets off way too easy.