Review: horror pic Hereditary lives up to the hype

Ari Aster’s film about a family coming apart is terrifying even without the supernatural elements, but it settles into a conventional groove near the end 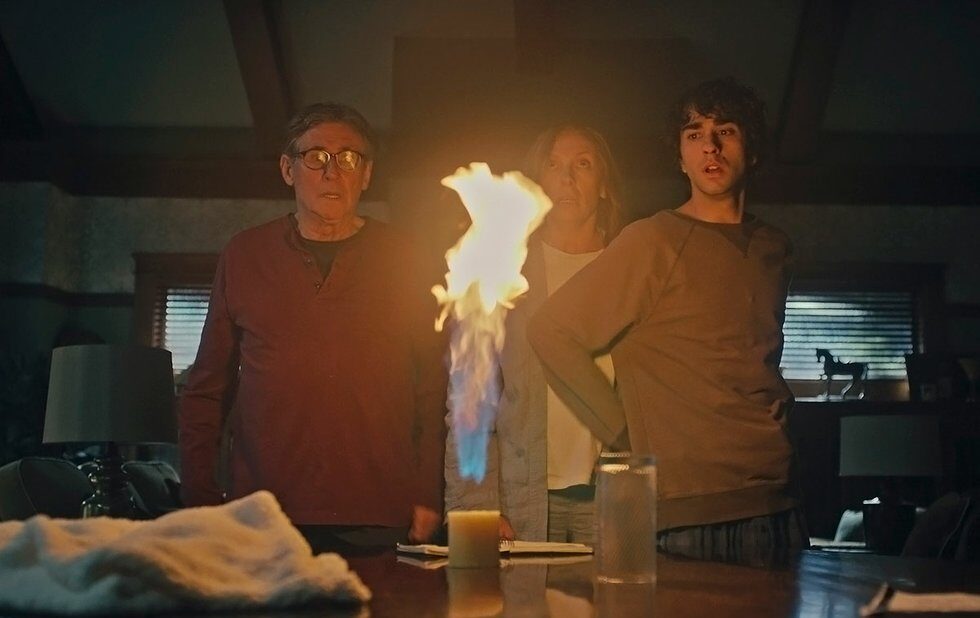 Ari Aster’s Hereditary has been generating buzz ever since it premiered at Sundance back in January. And while Sundance raves are always to be taken with a grain of salt – the combination of altitude and sleep deprivation often results in decent films being embraced as game-changing masterworks – this one’s not undeserving.

Hereditary is a horror movie about family, and one that sets itself up so well that it might not even need a supernatural element to give you nightmares. Toni Collette, Gabriel Byrne, Alex Wolff and Milly Shapiro are the Grahams, a comfortable family coming apart under the strain of a recent loss that seems to bring out the worst in everyone – and maybe leaves them vulnerable to an external threat.

Aster’s script is beholden to classics like Rosemary’s Baby, Don’t Look Now and The Exorcist, where the characters’ existing issues are complicated and amplified by inexplicable phenomena. But the execution is very much of the moment, with stylized cinematography, sudden jump scares and that weaponized-room-tone thing perfected by David Lynch in Lost Highway and Mulholland Drive.

He knows how to frame a shot for maximum discomfort and how to milk stillness for excruciating suspense his gifted director of photography, Pawel Pogorzelski, is going to get gigs for the rest of his career based on this movie. (Pogorzelski also shot Darren Curtis’s Montreal-based thriller Boost, suggesting an incredible facility.)

From scene to scene it’s quite compelling, and Collette is brilliant as a brittle artist with obvious control issues. But I did notice that the longer Hereditary went on (and at over two hours, it does go on), the less of a hold it had on me. Once Aster clarifies its ambiguous, unsettling undercurrents into a more coherent genre plot, it’s just another horror movie.

Which is fine, I guess, but it’s disappointing to see the movie settle into a conventional groove after teasing something genuinely different. There’s a truly radical experience somewhere inside Hereditary, one that ends on a note of true horror instead of a showman’s flourish.

Maybe Aster’s saving that for his next picture.