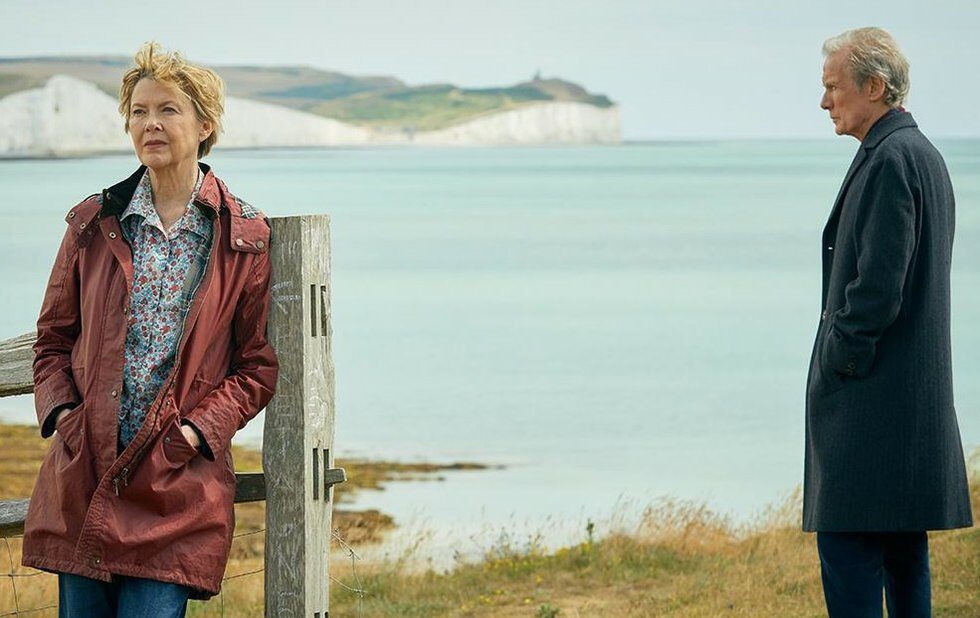 Given that Hope Gap is a domestic drama starring Annette Bening and Bill Nighy as a couple whose marriage dissolves after 29 years, longtime screenwriter William Nicholson’s second feature ought to have considerably more power than it does – or rather, it ought to have any power at all. Instead, it’s a dud almost from the opening scene, so mannered and proper that it risks lulling its audience to sleep.

Adapted from Nicholson’s 1999 play The Retreat From Moscow, about the end of his parents’ marriage, Hope Gap is a flat, unengaging exercise in declarative melodrama, wasting the talents of all three of its gifted leads in one way or another.

One day, their adult son Jamie (Josh O’Connor) comes to visit and Edward tells him he’s leaving Grace for another woman… which he does in the very next scene. Over the next two years Jamie finds himself repeatedly caught between his parents as they break down the life they built together.

There is no subtext, no metaphor just scene after scene in which characters discuss whatever issue is in front of them – a legal issue, whether Jamie is willing to give Grace Edward’s new phone number, the awkward name of Grace’s new puppy – and then they move on.

Maybe it worked on stage. It doesn’t work here.

Nighy does what he can with Edward, but the character doesn’t seem to change at all once he leaves his wife: he’s withdrawn and awkward before, and he’s withdrawn and awkward afterward. (It’s one thing to cast the energetic, eccentric Nighy against type as a man so beaten down by life that he barely moves, but Nicholson doesn’t know what to do with the performance that results.)

Bening should be able to nail the role of the wronged Grace in her sleep – she’s a formidable, focused performer – but she’s hobbled by a terrible accent that drops her voice an octave and locks her into a monotone. Some actors lose an accent when they shout Bening seems to constantly be listening to herself as she speaks, in case of a slip. I’ve never seen her this self-conscious before, and it’s awful.

And O’Connor, so good at carrying conflict in his body in God’s Own Country (and a subtle, silly presence as Mr. Elton in the current Emma.), is reduced to a wet-eyed lump by Nicholson’s script. Is this how the filmmaker imagines himself? If Hope Gap is a feature-length therapy session, I hope it helped him it’s of little benefit to anyone else.

The drone shots of the seaside are lovely, though, and there are some poetry readings that are quite nice. I guess that’s something.