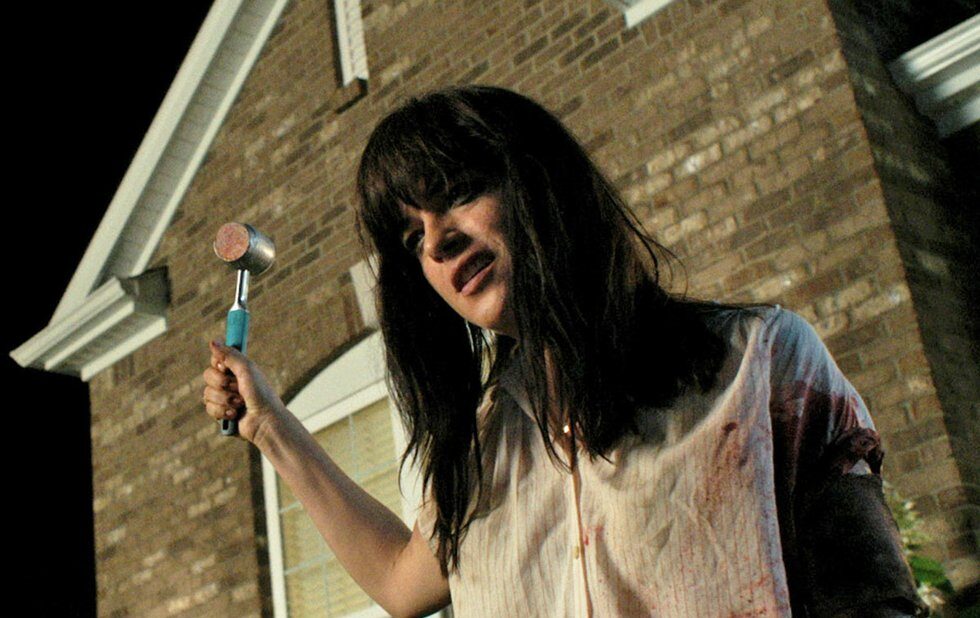 Best known for the high-octane Crank franchise, director Brian Taylor goes into mid-life-crisis mode with a horror comedy about parents who become inexplicably compelled to kill their own children. And by pairing that concept with cult stars Selma Blair and Nicolas Cage as the titular mom and dad, he likely had most genre fans at “Hello.”

In the film, a mysterious plague starts causing parents to turn on their offspring, though Blair’s unhappy housewife and Cage’s piggish hack of a husband are too busy wallowing in loveless suburban stagnation to notice. After witnessing a World War Z-like scene of orgiastic mayhem at her high school, their bratty daughter (Anne Winters) quickly figures out what’s up and races home to retrieve her younger brother (Zackary Arthur) before their parents walk in the door, not realizing that once they lay eyes on their kids they will be overcome with murderous rage.

Taylor employs many of the same tricks he used in the Crank films to ratchet up the tension – smash cuts, jagged camera angles, artfully choreographed slapstick action – though he dials down the gruesome factor given the subject matter. The pacing is uneven at times and the relatively tame violence early on actually works against Taylor’s ability to convey a sense that anything can happen later. But he smartly avoids explaining why the plague is happening, which is fine because – let’s face it – all we want to see is Cage and Blair go gonzo.

The overarching joke is that the hysterical rage rekindles a desperately needed spark in mom and dad’s failing relationship. Along the way, there’s throwaway social commentary on suburban ennui, materialism, toxic masculinity and white privilege. (Mom and dad have an Asian housekeeper.) As we wait for the inevitable showdown between parents and kids, we get to see Cage indulge in some gratuitous motorboating and a totally insane maternity ward scene featuring inspired use of the Roxette song It Must Have Been Love.

There are some fun gags and twists in the third act, and Cage and Blair do a good job of flipping between dysfunctional comedy and zany insanity – but it’s not exactly a fine line.