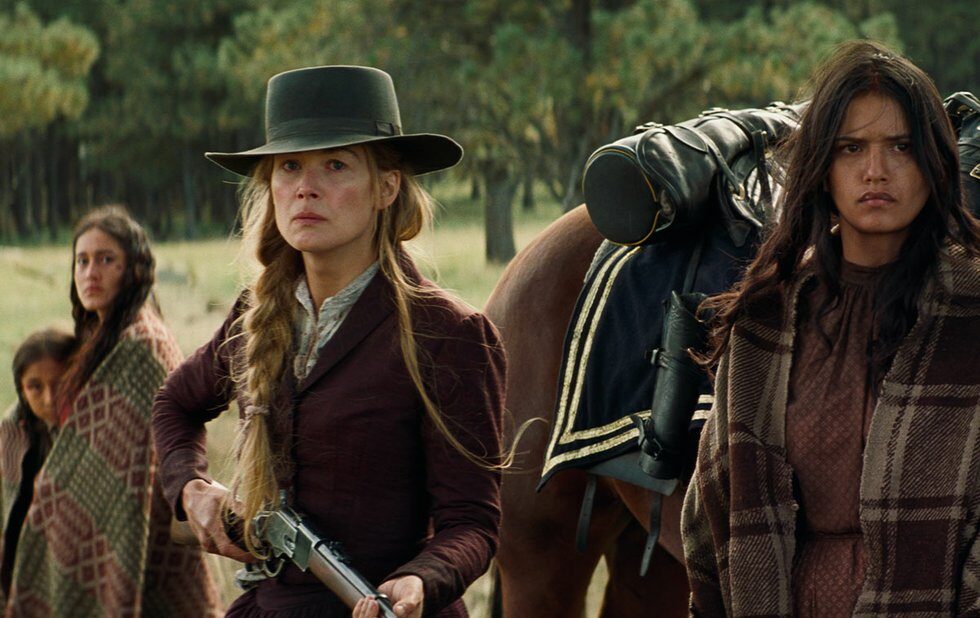 I didn’t expect much from Scott Cooper after his stilted heartland drama Out Of The Furnace and the goofy gangster picture Black Mass, where Johnny Depp played Whitey Bulger with creepy contacts and a predatory pose, like a werewolf just minutes away from transformation. But I still expected something better than Hostiles.

It’s a ham-fisted Western in which a whole mess of people die so a white man can learn the folly of racism – and yes, that’s an oversimplification, but writer/director Cooper oversimplifies literally everything he touches, so I’m good with it.

Adapted from a manuscript by the late screenwriter Donald E. Stewart, it opens in 1892 New Mexico, where career soldier and legendary Indian killer Joseph Blocker (Christian Bale) is tasked with one last mission – to escort dying Cheyenne warrior Chief Yellow Hawk (Wes Studi) and his family home to Montana, a Presidential act of mercy.

Along the way, the party picks up a woman (Rosamund Pike) who just lost her family to Comanche raiders, and the threat of further violence brings our band of enemies towards understanding one another. Turns out the best way to see a man’s heart is to watch him kill the man coming at you, or something.

Cooper’s riffing on The Searchers, but I don’t think he understands what that movie was about he certainly doesn’t get that John Wayne’s character is supposed to be an anti-hero. For all the talk in Hostiles about enemies and dignity and honour – and there is a lot of talk, so much more than is necessary – its morality is clear and unambiguous, with bad guys who exist solely to do evil and allow our protagonists the moral clarity of fighting back.

This film will also put paid to the idea of Cooper as a brilliant director of actors. Yeah, Jeff Bridges got an Oscar for Crazy Heart, but with each new film Cooper seems a little less responsible for that accomplishment. Hostiles is packed with talent – its supporting bench includes Jesse Plemons, Ben Foster, Stephen Lang, Adam Beach, Peter Mullan, Scott Wilson, Q’orianka Kilcher and Call Me By Your Name’s young breakout star Timothée Chalamet – but not a single performance is memorable.

The leads are wasted, too. Bale defaults to simmering fury (which was also his move in Out Of The Furnace, now that I think of it) while Pike adopts a trembling, traumatized mask and recedes into the background.

Studi comes through it with his dignity intact, at least, even mustering flashes of wit and empathy in unexpected moments. At the age of 70, he’s still a formidable presence and easily the most interesting thing in a film that has no time for him.