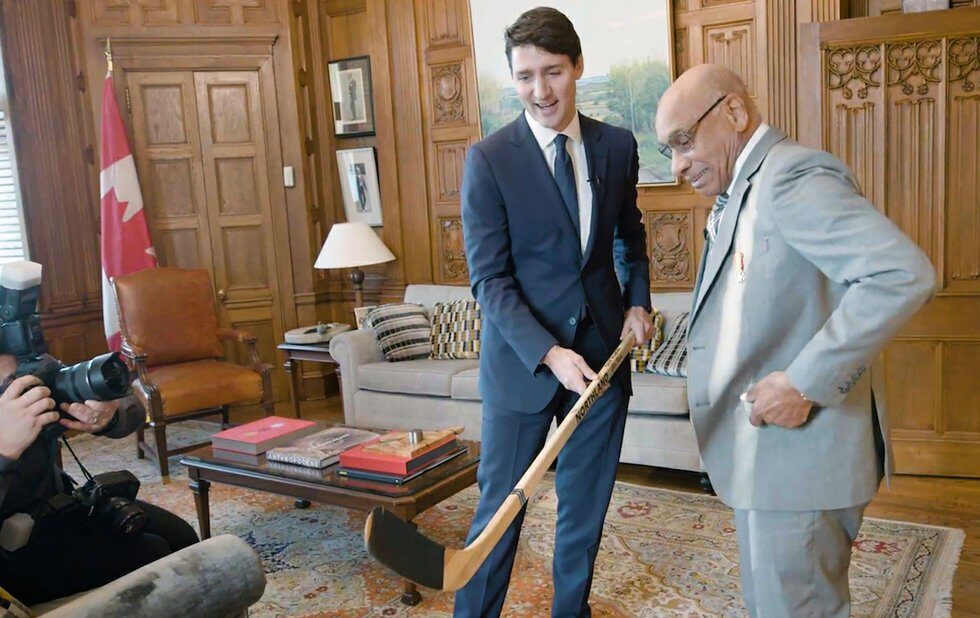 In 1958, Willie O’Ree became the first Black hockey player to lace up his skates in the NHL. Yet unlike Jackie Robinson, who famously broke baseball’s colour barrier a decade earlier, he’s not a household name.

In Willie, the Fredericton native tells the story of his career, while eagerly awaiting the call to find out if he’s been inducted into the Hockey Hall of Fame – something most people interviewed in the film assumed had already happened.

So why hadn’t it? While baseball fully integrated players of colour decades ago, they’re still a vast (but growing) minority in the NHL. And, as Sydney Kinder, who coaches youth hockey in Harlem, incisively states, hockey is still coded white, with access to equipment and ice time closely tied to privilege.

That’s a point that Willie – made in collaboration with NHL Original Productions – doesn’t delve deeply into, even as current players Devante Smith-Pelly and Wayne Simmonds describe recent racist incidents they’ve faced from fans. Instead, it focuses on the extra lengths O’Ree went to prove he was better than his white peers – even keeping secret his whole career that he was blind in one eye – just to be given a chance.

O’Ree is an interesting and deserving subject with a fascinating career arc and a story that could punctuate the more toxic elements of hockey culture. Throughout the film, his message for young players of colour is to ignore the hate, keep your head down and prove yourself on the ice. But if racist incidents are still happening six decades later, maybe it’s hockey culture that needs to be reexamined.