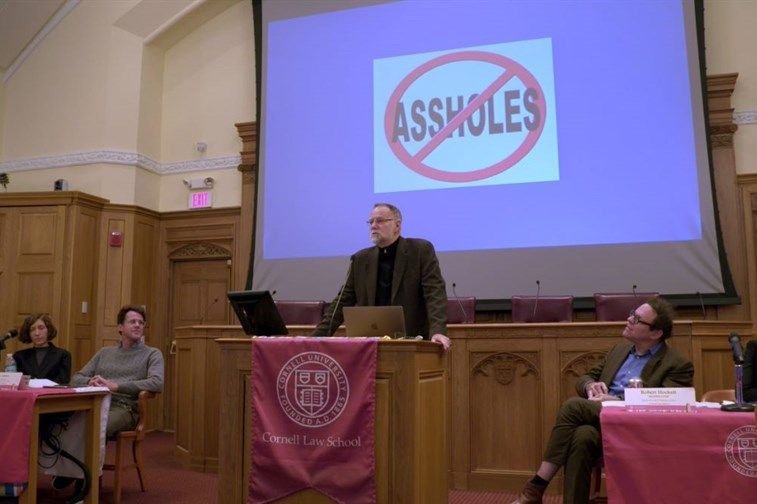 Its a thoughtful accounting of societys most noxious people, balancing psychology and anecdotal shit-talking, with special loathing reserved for financial-sector hustlers, blustering faux-populist politicians and surfers who cut into other surfers waves… which was what inspired James to write his book in the first place.

Its maybe not as funny as Walker wants it to be a burbly jazz score tries very hard to force some lightness into the material but itll leave you thinking about the assholes in your life, and whether youre being one right now.