Hot Docs review: Behind The Curve 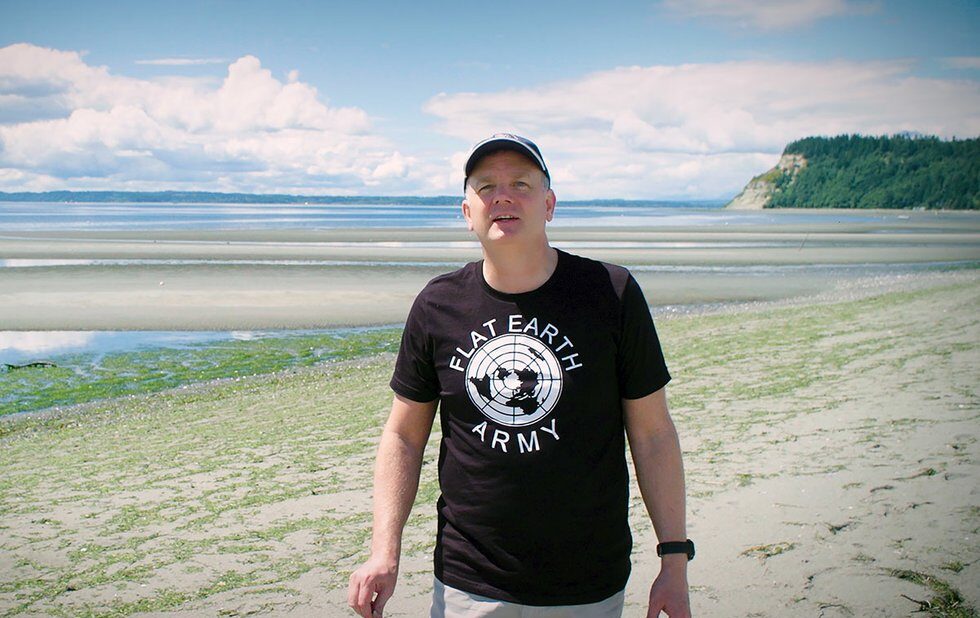 Unlike a few other films about people who hold questionable beliefs, Behind The Curve is a remarkably clear-eyed look at the Flat Earth movement, in which people around the globe (but mostly in America) labour to convince the rest of us that our planet is flat – more like a terrarium, really – but sinister forces have gone to elaborate lengths to keep it quiet.

It’s a literal conspiracy theory, and one spun out over and over again by the likes of Mark Sargent and Patricia Steere, who’ve become superstars in the Flat Earth YouTube community over the last few years. They don’t offer real answers, just innuendo and suspicion – Steere loves referring to “The Powers That Should Not Be” – but that’s what keeps people coming back, of course.

Documentarian Daniel J. Clark interviews them, and a few other believers, and lets them tell their version of reality – but he also speaks to astrophysicists and psychologists who efficiently debunk their beliefs and explain how people might have come to hold them. (The Dunning-Kruger effect, in which people convince themselves they know everything about something while actually knowing very little, is brought up fairly early on, along with confirmation bias, which keeps people focused on evidence that supports their existing beliefs rather than evidence that challenges them.)

While there’s entertainment value in watching the clown show of fringe weirdos drawn to the movement – one especially enthusiastic dolt swerves from terrarium theory to anti-vaxxer and Young Earth talking points in a matter of seconds – Clark also offers a compassionate view, hoping that the brighter ones might be talked back to an acceptance of reality. I want to believe he’s right.