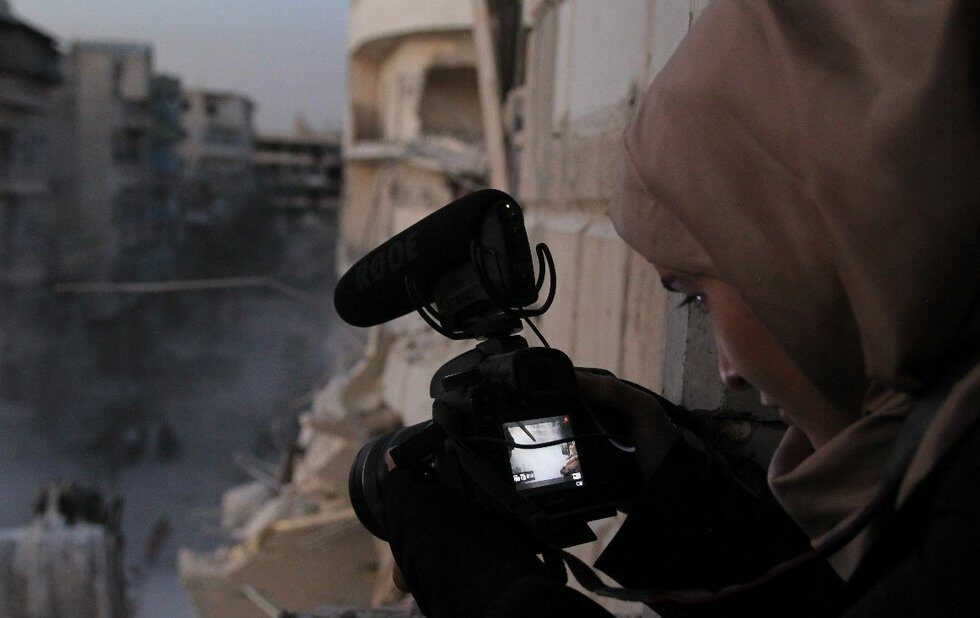 The devastating impact of the Bashar al-Assad regime’s attacks on his own citizens during the Syrian war reverberates through university student-turned-citizen journalist Waad al-Kateab’s debut feature documentary. Filmed over several years, al-Kateab records how a peaceful protest movement turned into a civil war in Aleppo, where bombings and shelling were daily occurrences.

Much of the doc is set in a volunteer-run hospital set up by doctor-activist, Hamza, who later becomes her husband and the father of her two children. At times, the doc makes the viewer feel voyeuristic as we see tragedies unfold, like when a young boy watches his brother die or a mother clutches her dead child. When the mother notices al-Kateab, she screams “Why are you filming this?”

Yet al-Kateab never shrinks from filming the graphic images of war or frightening situations, like when an air strike hits the hospital, which also makes it a remarkably honest and gripping depiction of war. Shot on a handheld camcorder, DSLR and her smartphone, the film’s footage is at times shaky and low quality, also adding to the emotional immediacy.

But even in wartime, life still continues. We see al-Kateab and Hamza get married in a small ceremony at home and the joy a single persimmon brings when there are food shortages. In one of the doc’s most arresting scenes, Hamza plays peek-a-boo with his baby daughter using a mouth mask during an attack.

Al-Kateab narrates the doc as if speaking to her daughter, Sama. Early on, she says “I want you to know why your father and I made the decision we did to have you.” She doesn’t explicitly explain why, but it’s clear that al-Kateab has a fierce love for Syria and dreams of bringing Sama back to a peaceful, lush Aleppo one day, even if that day is far off in the future.