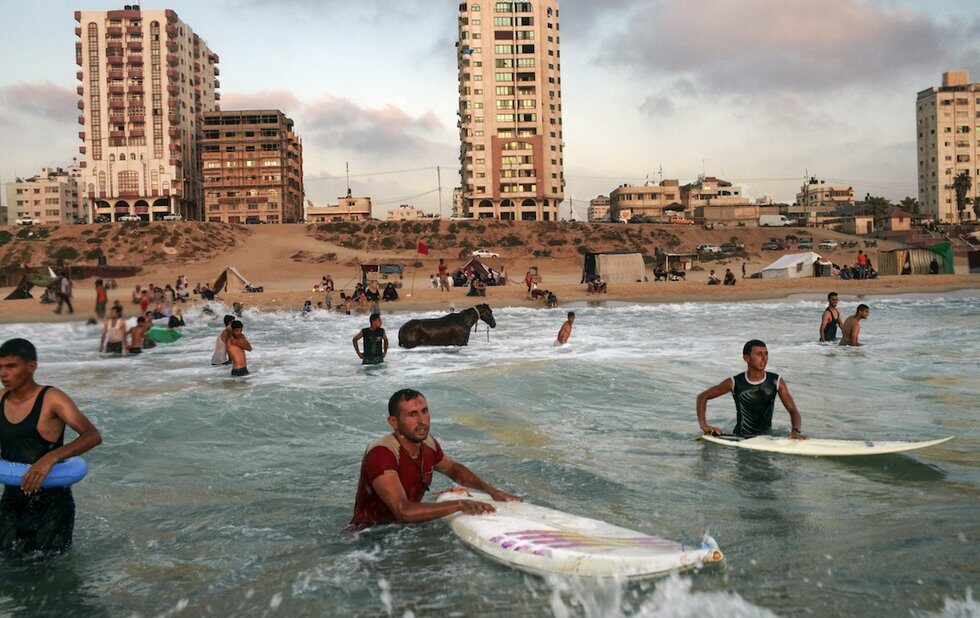 Gaza focuses for almost all of the film on Palestinians living their daily lives on the Israeli-occupied strip of land hugging the Mediterranean. Among them, a boy wants to learn the tricks of the fishing trade. A woman produces a fashion show. An emerging  rapper (unfortunately, his rhymes aren’t translated) speaks out. A young woman trains as a cellist. Their daily lives are disrupted by power blackouts and the daily soul-crushing humiliations that come with facing barriers between, as one of them puts it, “the people and real life.” But these intrepid souls persevere, even as younger Gazans grow increasingly alienated and put themselves at risk, throwing stones at Israeli soldiers training their guns at them from across the border. Life goes on – until it doesn’t, in this well-shot, masterfully constructed piece.