Verité doc about Macedonia's last wild beekeeper is full of tragedy and joy, simplicity and complexity 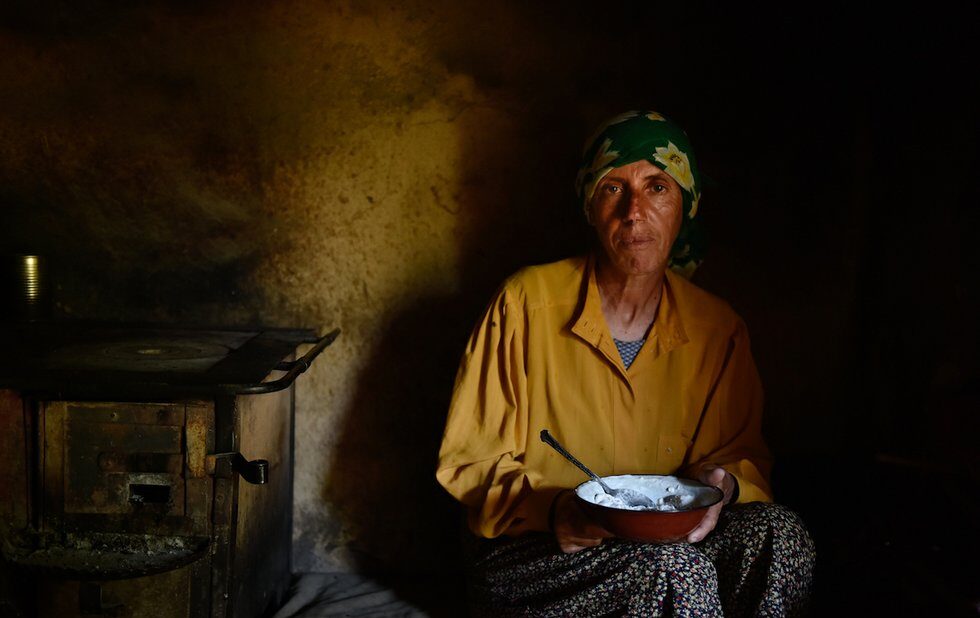 Hatidze Muratova is a wild beekeeper who lives in an isolated mountain village in Macedonia with her bedridden mother. She scours cliff sides to tend to bees and sells honey at a market in Skopje. One day, her quiet life is disrupted by the arrival of a nomadic family with a massive herd of cattle and seven unruly kids. Patriarch Hussein is under economic pressure to feed his family and moves in on the generous Hatidze’s business, with disastrous results.

Though Ljubomir Stefanov and Tamara Kotevska – who spent three years filming – could not have asked for a more fairy-tale arc, Honeyland’s drama and power lie in their intense focus on landscape, tone, colour and details. Hussein’s family is completely inept and we get right up close as they chaotically put themselves in harm’s way in contrast to quiet scenes of Haditze’s funny and bittersweet Grey Gardens-esque relationship with her mother. It’s a beautifully realized film, full of tragedy and joy, simplicity and complexity.