Profile of transgressive editorial cartoonist Dwayne Booth, a.k.a. Mr. Fish, could have a wider scope 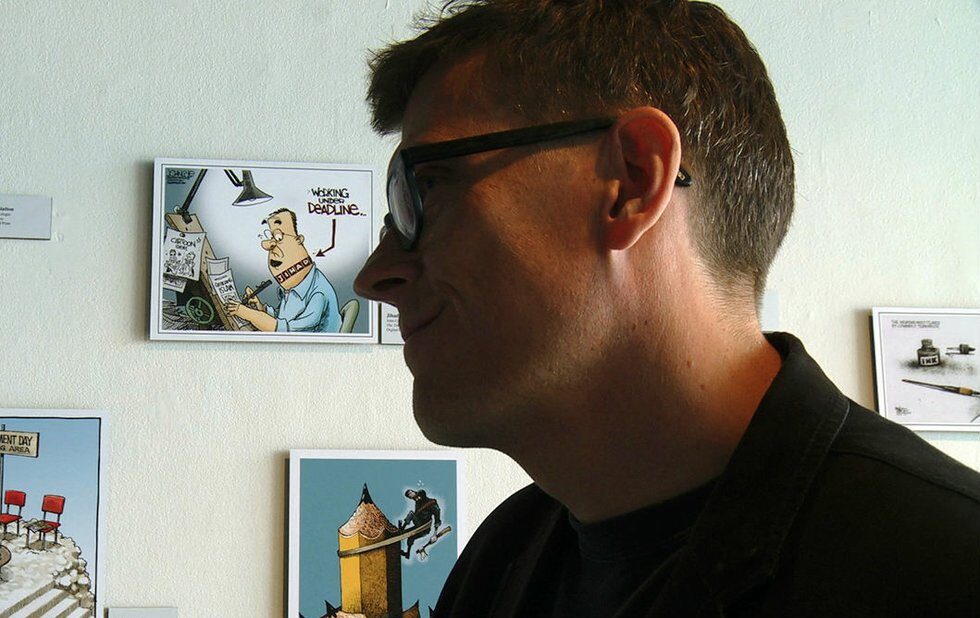 Editorial cartoonist Dwayne Booth, who goes by the nom de plume Mr. Fish, is known for transgressive, contrarian images that challenge authority and power, question the official history of America and generally piss off a lot of people. Pablo Bryant’s movie catches up with him as he struggles to earn a living in a world where print media is melting down.

Bryant’s film could perhaps have been a little less fawning about Booth’s work, which tends to repeat the same three or four ideas (capitalism is bad, corporations are worse, politicians are untrustworthy, genitals are weird), or explored the conflict between Booth and his wife Diana Day – who’s clearly more concerned about their family’s financial stresses – a little further.

There are moments when the doc feels like it’s about to do that – a conversation between Fish and his former representative Daryl Cagle, who explains that editors prefer “funny little jokes that offend no one” to genuinely challenging or shocking work. But Bryant never widens his scope.