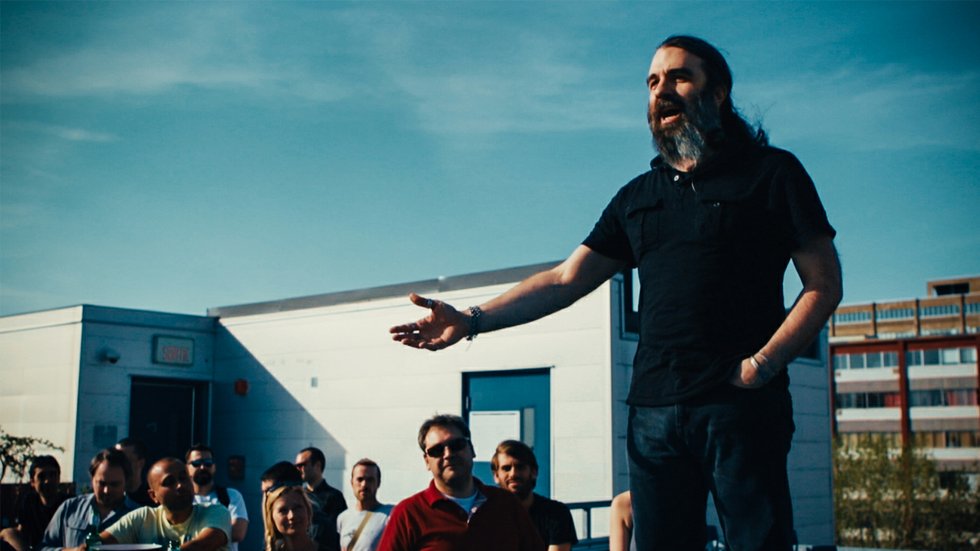 Gamer alert: Playing Hard tracks the genesis and production of the Ubisoft battle game For Honor from the first pitch in late 2013 to its release in early 2017.

Embedding himself in the Montreal office, Jean-Simon Chartier shapes the story around creative director Jason VandenBerghe, a self-styled warrior poet who says he’s been developing this game in his head for more than a decade.

VandenBerghe aims to reconceptualize video-game fighting as more than just a series of combinations on a controller he wants players to truly inhabit the Viking, samurai or knight they’ve chosen as their avatar. It’s up to Ubisoft’s senior producer Stéphane Cardin and director of communications Luc Duchaine to make that dream a reality, and sell it to the world.

That angle is flashy and busy, sure – but it also turns the movie into a clip reel, muting For Honor’s human element to the point that a climactic revelation about personality conflicts that have apparently been bubbling under the surface all along feels like it comes out of nowhere. A sharper edit could have at least acknowledged that stuff, even if footage wasn’t available.